Man with cerebral palsy competes to race among world's best

By Danielle Barker, USA TODAY Where there’s a wheel, there’s a way. That’s how brothers Kyle and Brent Pease approach everything in ... 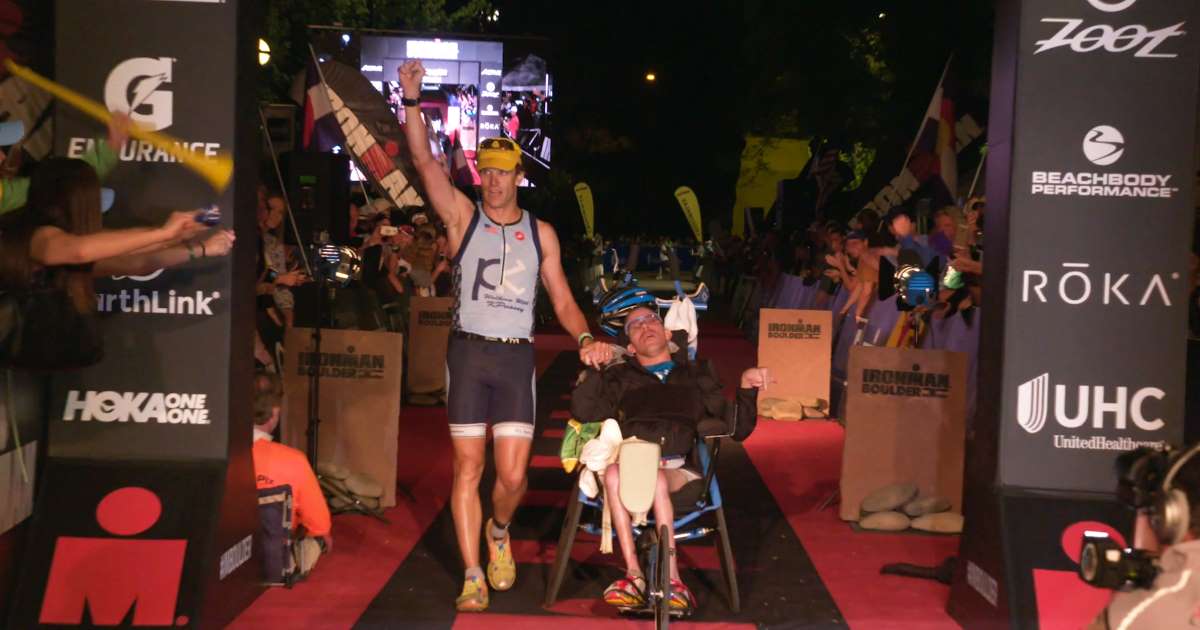 That’s how brothers Kyle and Brent Pease approach everything in life. The two compete in Ironman triathlon competitions across the country, with Brent pushing and pulling Kyle the entire 140.6 miles of swimming, biking and running.

What began as a way for 35-year-old Brent to get into shape became the ultimate bonding activity with his younger brother. It all started in 2010, when Brent ran his first Ironman. He invited his family to cheer him on.

“I was just amazed at not only what Brent did, but all the other athletes,” Kyle says. “It kind of reminded me of what I go through on a day-to-day basis.”

[post_ads]Kyle has spastic quadriplegia cerebral palsy and is unable to use his arms and legs. As a young adult with disabilities, he can relate to overcoming challenges and wanted to partake in an Ironman. When Kyle asked Brent if people in wheelchairs could compete, he said, “Absolutely.”

The brothers began with smaller races and progressed to marathons and triathlons. In 2012, they inquired about the Super Bowl of Ironmans: the world championship in Kailua-Kona, Hawaii. They quickly set their sights on a coveted slot, hoping to compete with some of the best athletes in the world.

While Kyle and Brent trained and prepared for the world championship, they decided to help other people they’ve inspired along the way. They created a foundation to support other athletes with disabilities.

“To use Ironman's line that ‘anything is possible …’ to be able to share that with other individuals, to let them see that hope and that joy and the confidence that finish line can bring is really special to us,” Brent says.

“We just want to give people hope that they can do anything that they put their mind to,” Kyle says.

That commitment to the community and dedication to their sport led to a surprise at the end of a recent triathlon Kyle and Brent competed in.

While they have crossed many finish lines together, none will be as memorable as the one at the end of the Ironman 70.3 in Raleigh, North Carolina.