Man takes on two coyotes to save his dog

© image/jpeg image/jpeg WISN Milwaukee A Greenfield man fought off two coyotes who were attacking his dog and walked away wi...

A Greenfield man fought off two coyotes who were attacking his dog and walked away without a scratch.

Scott Schach said he's always seen coyotes around his property but never up close, until a couple of weeks ago when he saw two of them attacking his dog.

Princess is a 90-pound German shepherd who needed an extra hand when she stumbled upon two coyotes in their yard.

"At first, I didn't even know that it was coyotes. I just heard the ruckus," Schach said.

He ran over and saw two coyotes attacking his pet, and without hesitation, he jumped in.

That coyote took off. The other one was pinned down by Princess.

"And it was just yipping and whining. and I told her to let go. She let go and sat down, and the other one took off up the driveway, up the road," Schach said.

Miraculously, the coyote that bit Schach did not puncture his skin. Princess was fine, and they're both back to their normal routine now, with one extra precaution.

"I come out here now with a baseball bat at night, that’s about it," Schach said.

He said he's going to start considering putting up motion sensor lights in case a coyote makes the mistake again of coming onto his property and messing with Princess. 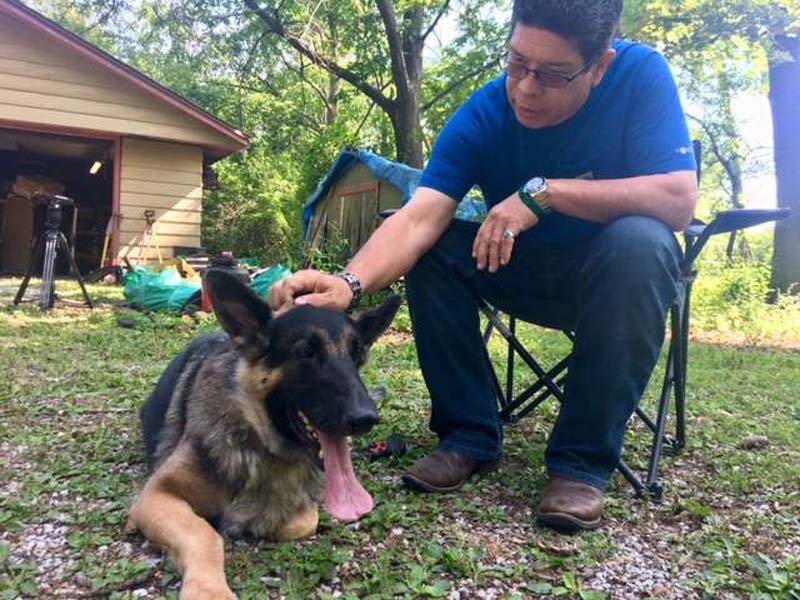