By Daily News Staff A man was recently stabbed randomly in the back of the head with a 20cm long knife. Rather than waiting around for ... 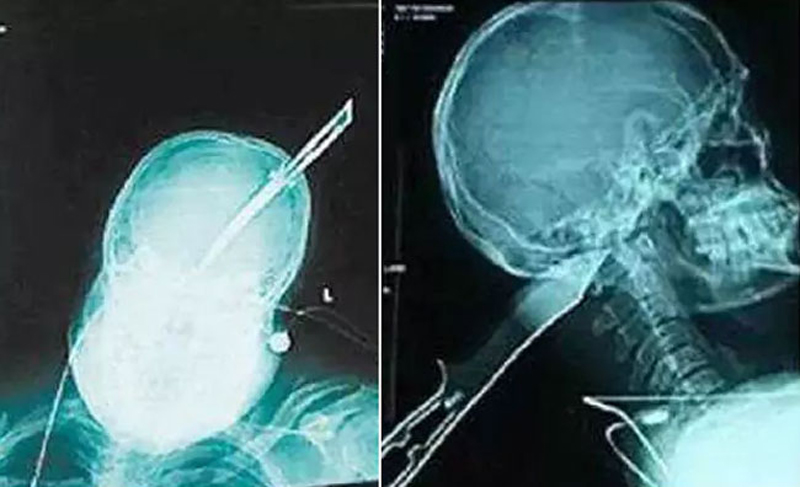 A man was recently stabbed randomly in the back of the head with a 20cm long knife. Rather than waiting around for help to arrive, he instead decided to ride his motorcycle for 20 minutes to the nearest police station with the blade still sticking out of his skull.

According to local media reports, the man, surnamed Qin, works as a water cooler technician in Guangzhou, but, to make a little extra money, he also spends some nights giving people rides on his motorbike.

[post_ads]Late last Sunday night, one of Qin's passengers suddenly stabbed him in the back of the skull with a sharp knife before quickly fleeing the scene. Qin was then left alone on the street. He called out for help, but no one answered.

So he instead decided to take matters into his own hands, driving his motorbike to the nearest police station, 20 minutes away, with the knife buried 8cm deep in his head. From there, he was rushed to the hospital, where, in a five-hour surgery, doctors were able to extract the knife and treat his wound.

The doctors said that it was a miracle that Qin had managed to survive the ordeal. Fortunately, his skull had managed to fix the knife in place, preventing any major bleeding. Additionally, while the tip of the knife had punctured Qin's brain stem, it did not damage any vital parts. If the knife had penetrated only one or two centimeters deeper, it would have been a different story and Qin could have died on the spot. 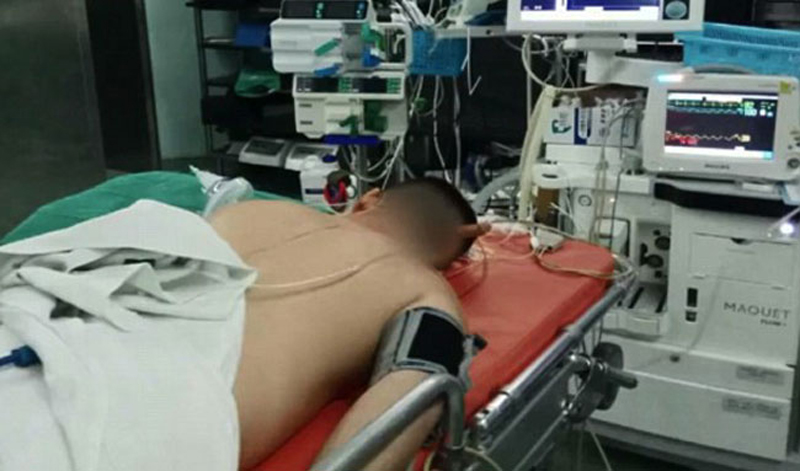 Police are currently investigating who was behind the unprovoked knife attack. Qin is recovering from his injuries at the hospital.