© Provided by Hearst Television, Inc. WLKY Louisville The death of a child is devastating, but a Louisville family is turning that heartbrea...

The death of a child is devastating, but a Louisville family is turning that heartbreak into hope, by honoring the people their young son saved through organ donation.

Scott and Shannon Adkins lost their son seven years ago this week. Keegan Adkins, 6, died after being pulled from a local country club pool.

This week, Keegan’s family met the first of five people he saved through organ donation.

"I will never forget the doctor coming out, the surgeon, and saying it was an absolute perfect match that her words were, ‘It could not have gone any better.’ That she did not even have to have a blood transfusion,” Sylvana’s mother, Teena Sims, said.

Keegan died one day after being pulled from the Woodhaven Country Club pool.

"Well we've always celebrated June 26, always for the lives that Keegan saved and we are so honored that you chose to meet us. Thank you,” Shannon Adkins said. “God chose me to walk this horrible journey because he said, ‘You will do something with this,’ and this is our chance to give the glory back to God and allow Keegan's star to keep shining.”

Sylvana only had months to live when the transplant went through.

She suffered from biliary atresia, a problem with the

“I didn't feel scared at all because I knew that Jesus was with me,” Sylvana said.

Until now, the Adkinses only knew a few details about the five people their son saved: a 9-year-old girl, 11-year-old girl, a 44-year-old woman and two little boys.

Keegan's mother said they knew without a doubt that he wanted to be an organ donor.

"Because we are a public safety family, my son would have grown up to be a policeman, a firefighter. paramedic, a doctor, a nurse, who knows. He would have been a lifesaver in some capacity and I simply had to fulfill his mission on earth,” Shannon Adkins said.

Sylvana says she's passionate about organ donation and even wants to be a liver surgeon when she grows up.

Her mother said she's just thankful her daughter will grow up.

"Miracles happen every single day and we've lived one and we've seen one,” Sims said.

“We don't want people to fear organ donation. We want them to know as a donor family the comfort and love and care we were given and how our loved ones were honored and respected throughout the entire process,” Shannon Adkins said.

Sylvana is going into the ninth grade in Nashville, Tennessee. 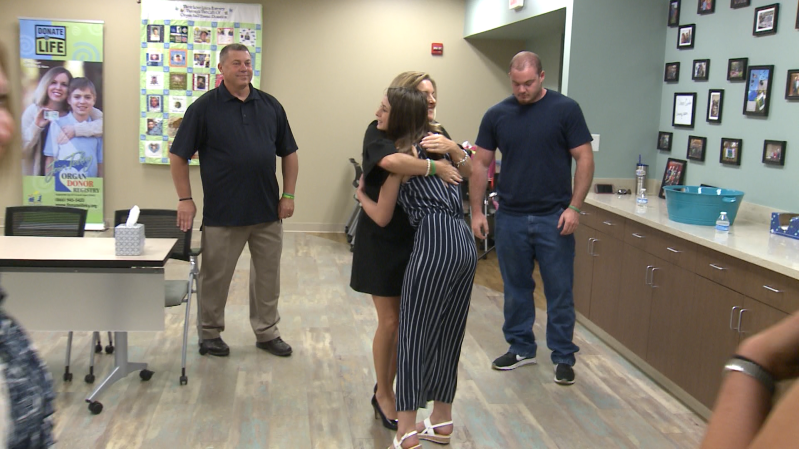