"Let's see what we can do to help you out": Village employees donate sick time to cop battling cancer

Chris Kudla takes good care of himself. He exercises regularly and eats right so he can perform at peak capacity as a policeman, and so he can try to overcome stage four kidney cancer.

[post_ads]"I was officially diagnosed November 25, 2017, day before my birthday," he said.

It was also about a year after he joined the Riverside Police Department, whose chief is Tom Weitzel.

"He told me 'Chief, I'm not stopping working,'" Weitzel said.

Kudla hasn't stopped working, despite all of his doctor's appointments and chemotherapy twice a month. But because of his short time with the Riverside force, he earned far fewer sick days than he would need to manage his treatments and his job.

"My chief's reaction kind of right off the bat was alright, let's see what we can do to help you out," Kudla said.

What his fellow cops decided to do was donate their sick days to their fellow officer.

"He's acquired up to six months so far from village employees," Weitzel said.

That's because sick day gifts have come from other municipal workers beyond the cops, and the donations are continuing.

"Everybody without hesitation stepped up to help out," Kudla said.

His prognosis is grim, but his attitude is great.

"Sometimes when you start to lose faith in humanity and you think that this world's gone down the wrong path and there ain't no coming back, something like this happens," he said.
[post_ads_2] 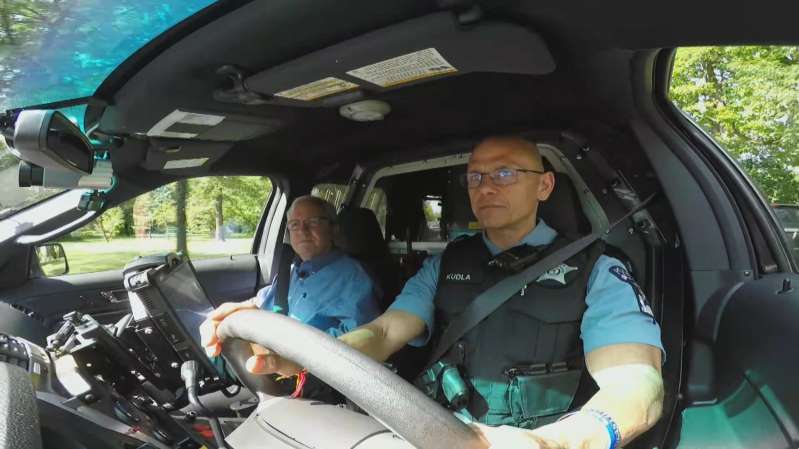