Every month, Mary Davis throws a massive rooftop birthday party on Skid Row in downtown Los Angeles, home of some of the worst poverty in the nation.

Davis says when you're on the rooftop, it feels like "you are on top of the world." But that's not a feeling the young guests are used to, because they're homeless.

"We are in ground zero for Skid Row and children live here," Davis said.

She and her husband Ari Kadin started Worthy of Love, a charity that believes children without a home still deserve a birthday party. The couple was looking for a way to give back after suffering two miscarriages.

"So many children in Skid Row needed to feel important and loved," Davis said. "We didn't realize how much joy they were going to bring us, and that was so healing for me."

The Randell family is staying at Union Rescue Mission for the second time. Their daughter, Briana, turns 12 this month. Without Worthy of Love, her birthday would be just another day.

"I still want them to live a normal life, you know? I don't want them to feel no kind of way because we're in a tough situation right now. I want them to still be kids," said Crystan Randell, Briana's mother.

When Davis started the monthly birthday party, there were 15 kids at the shelter. Six years later, this month's party has over 200 kids. CBS News was there for a Dr. Seuss themed party, complete with cake, games and dancing.

After watching more than 6,000 kids blow out candles at their parties, Davis and Kadin finally had one of their own -- their little girl, who will celebrate her first birthday in the same place.

"I want her to grow up knowing, there are kids that don't get everything that you have," Davis said. "You have to bless others and bring happiness and joy to those that need it most."

Learn more about Worthy of Love. 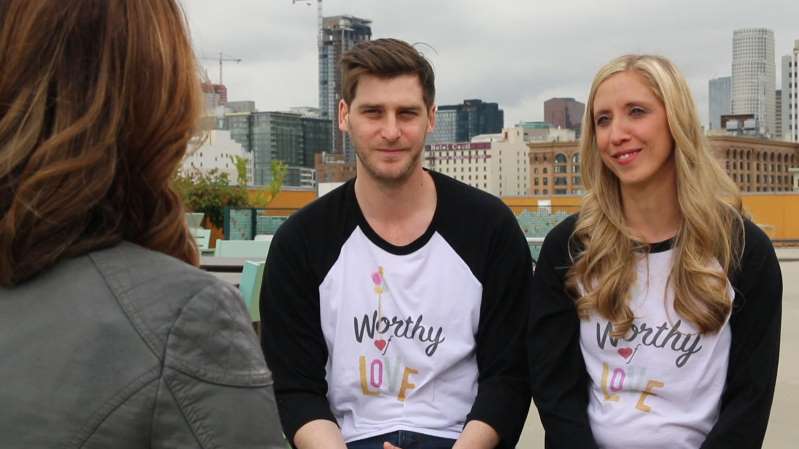