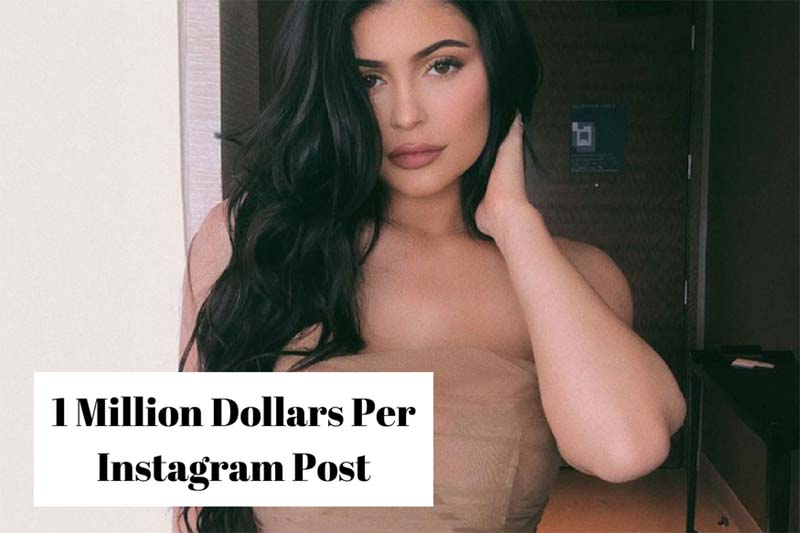 Kylie Jenner recently sparked a series of debates when Forbes tagged her as a "self-made" woman after she made it to the list of world's youngest billionaire.

Well, she may not be "self-made" in the true sense, and people on the Internet didn't hesitate to call that out, but Kylie Jenner still remains a social media icon.

It is not shade to point out that Kylie Jenner isn’t self-made. She grew up in a wealthy, famous family. Her success is commendable but it comes by virtue of her privilege. Words have meanings and it behooves a dictionary to remind us of that. https://t.co/2HzIJbLb8q

[post_ads]In May, D'Marie Analytics, a social media analytics firm, analyzed that each one of Kylie's sponsored posts was worth $1 million US dollars Yesterday, Hopper HQ released a report of the Top 10 Social Media Earners, putting Kylie at the top of the list for Instagram. This essentially means that Kylie Jenner makes more than any other person on social media simply by posting on Instagram.   While something as basic as a picture of your nails may seem like a little bit much for making a million dollars, it's perhaps the sad reality of social media.


And while this this amount may seem absurdly high to you - it is. It is more than what your favorite Indian actresses make per film.

[post_ads_2]
Kylie Jenner has, in fact, made her entire makeup brand by simply promoting it on her Instagram - and she has never advertised it.

[post_ads_2]
Not everyone on the Internet is too happy about it though and can think of better alternatives to people who should be making that kind of money.

kinda annoys me that Kylie Jenner can make $1 million for an Instagram post... but people that idk, teach? Save lives? Risk their lives? Research?... receive pennies of that

It makes me sick to my stomach that Kylie Jenner can post a picture on Instagram for $800,000, while I have cancer patients that owe $500,000 from treatments.

Yes, all the criticisms are valid. Sure, money can be put to much greater use than painting nails, but hey, Kylie did end up building her career purely off Instagram.