© Provided by CBS Interactive Inc. Inside Edition Staff Instead of issuing a citation, a Miami Beach city employee decided to...

Instead of issuing a citation, a Miami Beach city employee decided to lend a helping hand instead.

Jacqueline Caicedo, a code compliance officer, said she responded to a complaint of a resident’s lawn being severely overgrown. He apparently hadn’t cut his grass in four years and a community member called the sight an “eye sore.”

Caicedo discovered the reasoning behind it when she talked to the 66-year-old.

[post_ads]“He basically said it was mainly related to health issues. His balance is off. He can’t stand up for long period of time and he’s been in a big state of depression after the passing of a very close relative,” Caicedo said. “It was very heartbreaking and it was sad to hear.”

After hearing the man’s story Caicedo decided there was only one thing for her to do, get help to clean the lawn up.

“I came back to my office and I met with my director and assistant director and explained to them this man’s situation, why he couldn’t cut his grass,” Caicedo said. “I explained to him and made it clear to him that it wasn’t in my heart to give this guy a violation but rather to help him bring his property into compliance and they agreed."

This past Saturday, Caicedo and 11 volunteers from the city spent four hours cleaning up the man’s lawn. They brought their own lawn mowers, garbage cans and rakes.

“The backyard was a little worse so it took a long time to get through,” Caicedo said.

Caicedo said the homeowner was “in a state of shock” at their kindness. He later sent the department an email thanking them for all they had done and promised to keep his lawn in good condition.

"He can go outside and enjoy the scenery,” she said. “We come across residents every day and we don’t know what they are going through. It’s a matter of coming across, you know, a resident that is willing to share their story and cooperate with us." 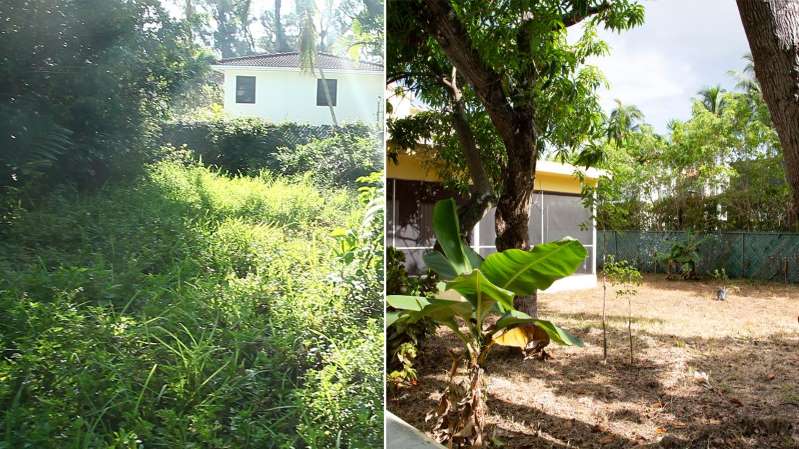