Contributor Content The 2018 FIFA World Cup Russia treated football lovers to 169 goals in 64 matches - and fans around the world have ... 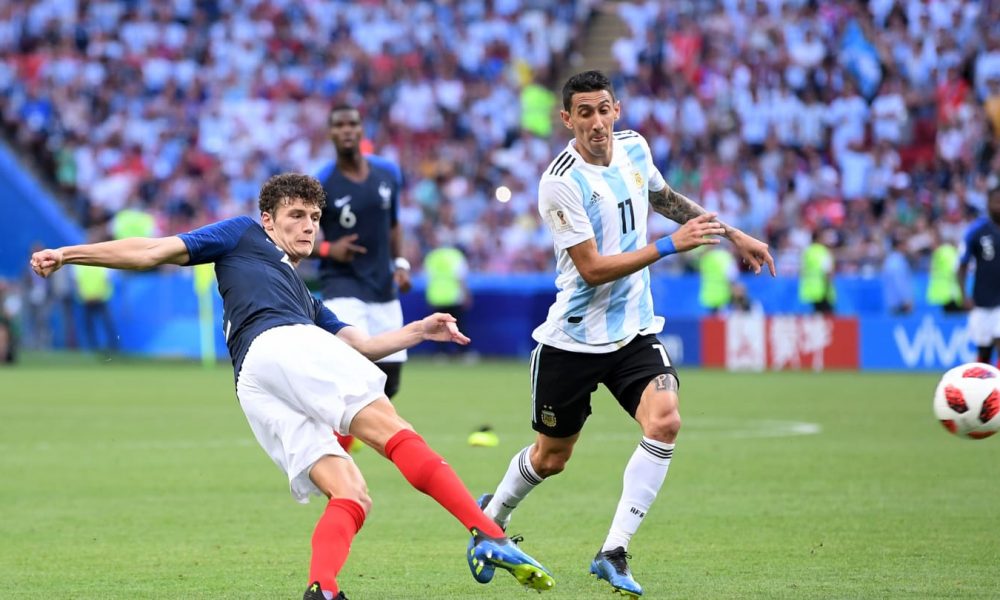 The 2018 FIFA World Cup Russia treated football lovers to 169 goals in 64 matches - and fans around the world have chosen Benjamin Pavard's as the best of the tournament.

In an online poll where over three million FIFA.com users casted their votes, Pavard's outside-of-the-foot rocket for France against Argentina, in which the 22-year-old displayed marvellous technique, has been voted the Hyundai Goal of the Tournament.

[post_ads]The goal selected by FIFA.com users was France's equaliser against Argentina in the Round of 16, which levelled the game at 2-2 as Les Bleus went on to record a 4-3 victory in Kazan and book their place in the quarter-finals.

The full-back's sweet strike with the outside of his right boot into the top-left corner had goalkeeper Franco Armani grasping at thin air as France levelled the thrilling last-16 encounter at 2-2 shortly before the hour.

Kylian Mbappe's quickfire brace set Les Bleus on their way to a 4-3 victory and eventual glory in the final over Croatia, but it was Pavard's stunning effort that endured as the lasting memory of that run to lifting the trophy in Moscow.


Cristiano Ronaldo, Philippe Coutinho, Nacho Fernandez and Jesse Lingard all netted with spectacular efforts during the finals, but Pavard's glorious volley - best viewed via slow-motion replay from an angle directly behind the defender - was voted as the best of the lot by fans from around the globe.

"The ball bounced up as it came to me. I didn't even think about it. I just tried to get over it and keep it down," Pavard told FIFA.com after the clash in Kazan.

"I was trying to hit it in the direction it came from, which is what the strikers always tell me. I didn't think it over, and when it went in I just felt so happy."
[post_ads_2]
Pavard's performances in Russia have seen him linked to a move away from Stuttgart, with Bundesliga champions Bayern Munich said to be interested in taking the 22-year-old to the Allianz Arena.

Pavard becomes the first European player to win the Goal of the Tournament accolade since its creation in 2006. At Brazil 2014, it was bestowed on eventual adidas Golden Boot winner James Rodriguez, whose venomous, dipping volley also later earned him the 2014 FIFA Puskas Award. Other previous winners include Maxi Rodriguez (ARG) and Diego Forlan (URU) winning in 2006 and 2010 respectively.

Juan Quintero's free kick against Japan surprisingly came in at number two, Luka Modric's long range strike against Argentina is the third most popular goal, with Ronaldo and Messi making up the rest of the top five.

You can watch all ten goals here:
[post_ads_2]