An amateur photographer's patience paid off with a stunning photo of a female duck followed by dozens of ducklings on a northern Minnesota lake.

Brent Cizek of Bemidji, Minnesota, said he took his tiny boat out on windy Lake Bemidji in late June when he spotted "a big blob of birds." Cizek later returned and saw the birds grouped in a circle.

[post_ads]As the ducks headed out, Cizek took close to 50 shots — the best showing a common merganser, a freshwater duck, trailed by 56 ducklings in a row.

"I knew the image was special when I took it," Cizek said. It is featured on the National Audubon Society's website .

Richard O. Prum, an ornithologist at Yale University, told The New York Times that many ducklings together is "an extraordinary sighting."

The duck in the photo could not be mother to all those ducklings. Females can lay between 6 and 13 eggs at a time, according to the National Audubon Society.

Female mergansers leave their ducklings in the care of one female, said David Rave with the Minnesota Department of Natural Resources.

"She'd be kind of like the great-grandmother," Rave said. 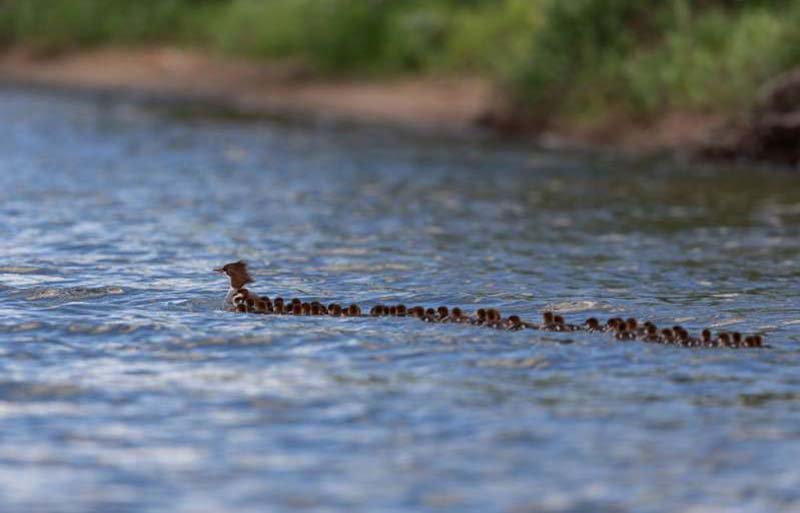