Who would-ve thought? (Lots of people, apparently.) By Raka Mukherjee , News18.com It may be the first time you have seen this image, ... 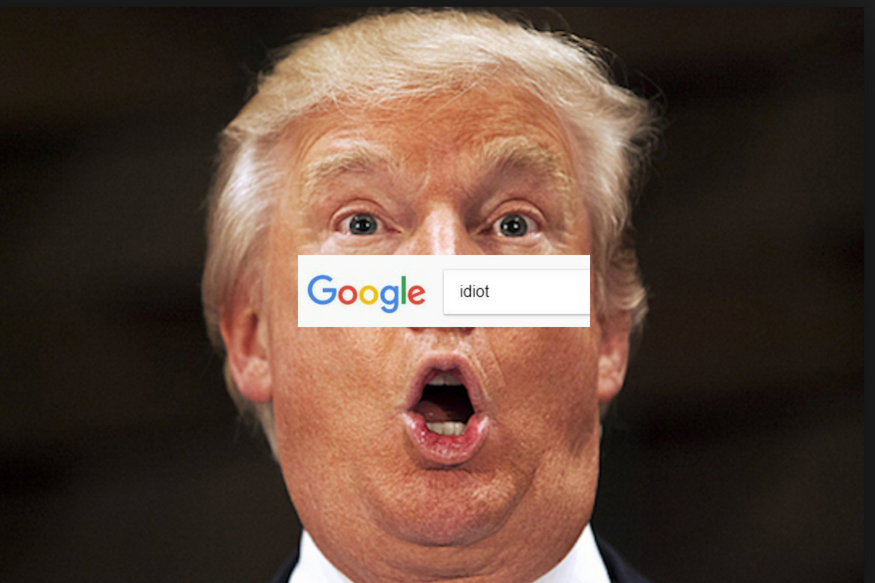 By Raka Mukherjee, News18.com
It may be the first time you have seen this image, but it is not the first place you're seeing this face.

When 'Trump' started to be a big search term since the man started running for the US presidential election campaign, he perhaps did not expect the term 'idiot' to show up the same result on Google-- His face.
The image, which is the first one that comes up when you search for 'idiot' on Google, is from a a site called Babyspittle is an US blog site that exclusively posts content on how conservatives think and actively try to debunk those myths.

The about for the site states,

"I hate liars.
That means I hate republicans.

I despise willful ignorance.
That means I despise lazy conservatives who vote against themselves based on fox fake news bullshit."

The site goes into other articles why Donald Trump is an idiot, and how "Conservatives have exclusive ownership of the idiot gene."

But why does is this image the first one in the search results?

The explanation is simple. When you type a keyword on Google images, it shows up photos that have meta tags as that particular keyword. Here it means, thousands of people have uploaded images of Trump with 'idiot' as a tag.

And this isn't limited to this image alone.

The more you scroll down the Google Image page, you will see more pictures of Trump.

The second image you'll see, however, is one of Isaac Newton. 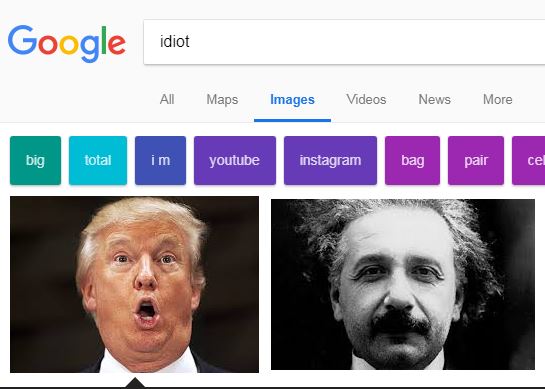 The article it leads back to is one explaining the difference between an idiot and a genius.