Dog escapes euthanasia to find home in the spotlight

By Danielle Barker, USA TODAY Bentley the black Labrador Retriever knows what it's like to get a second chance to live. In 2014... 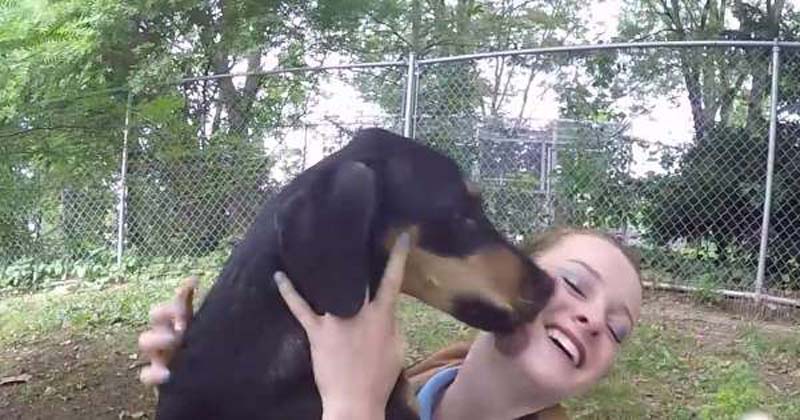 Bentley the black Labrador Retriever knows what it's like to get a second chance to live.

In 2014, the manager of the Surfin’ Safari show at the Columbus Zoo was walking down the aisle of the Humane Society of Delaware County. She immediately took notice of Bentley, a handsome dog, who had been adopted at least once and returned for his high energy level and being too much to handle. He was one day away from being euthanized.

Even though he showed no interest in toys and seemed standoffish, the manager took a chance on him.

[post_ads]Now Bentley is thriving in his new home. He's outgoing, friendly, and loves being in the spotlight.

Bentley performs in the Surfin’ Safari show, which showcases rescued cats and dogs performing impressive tricks. The message of the show is to encourage audience members to adopt pets from shelters.

“It is very important to us to let the audience know that they’re all from rescues or shelters, where they didn’t previously have homes,” explains Surfin’ Safari performer and trainer Amanda Blankenship. “We encourage everyone who comes to the show to check their local animal shelters first.”

The beach-themed show features more than 120 exotic and rescued domestic animals. The cats and dogs come from local shelters and rescue groups, with different backgrounds. Some have suffered abuse, and some could no longer be cared for by their owners. For a few of them, this show was their last chance.

“It’s amazing to see that process come full circle,” says Blankenship. “We are very blessed to be able to give them a happy home here.”

The Columbus Zoo and Aquarium is one of the largest and most popular zoos in the country. It takes hours just to see it all, but now, Nat Geo WILD is taking viewers behind the scenes to meet the animals and the army of people who work 24 hours a day, seven days a week to create one of the best zoo experiences in the country. Secrets of the Zoo premieres Sunday, July 29, at 9/8c on Nat Geo WILD.