Deer gets jar stuck on face in California

By Ben Hooper, UPI Residents of a California neighborhood are trying to help a deer spotted on multiple occasions with a jar stuck on ... 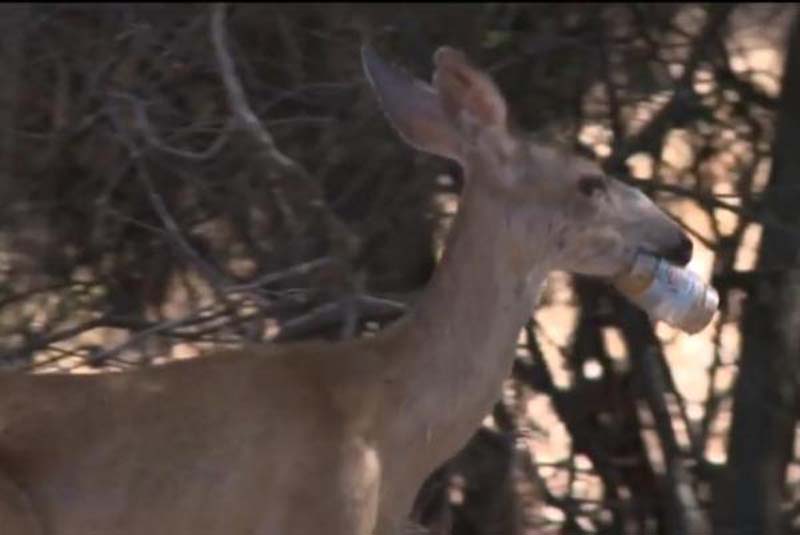 Residents of a California neighborhood are trying to help a deer spotted on multiple occasions with a jar stuck on its mouth.

Placer County resident Sandra Purcell and neighbor Debra Twardus said the mother deer is a daily visitor to their back yards, and for the last several days it has had what appears to be a Trader Joe's peanut butter jar stuck on its lower jaw.

The California Department of Fish and Wildlife said there are no current plans to rescue the animal.

"Sometimes a rescue effort can be dangerous to people and the animal," California DFW spokesman Kyle Orr said. "Sometimes it can be better to let the animal dislodge it itself."

Residents said they hope officials will decide to help the deer.

"So you can see her trying, and then she starts whining, so that tears at my heart," Twardus said.

Police in Ohio ended up stepping in to help a deer after Halloween last year when it got a plastic pumpkin lodged on its face, preventing it from eating or drinking.