Dallas Woman Brings Christmas in July to Seniors in Need

It began during Christmastime five years ago. Jo Alch, the founder of Acappella In Home Care in Dallas, noticed something upsetting about the seniors she cared for.

“I saw that a lot of the patients, a good majority had nothing," she told WFAA. "All they had was a hospital gown.”

It might seem trivial, but Alch said that having only the shirts on their backs was taking a toll on her patients emotionally.

That’s when she started a charity called, Pajamas for Seniors.

[post_ads]At first, her goal was to give out new pajamas every Christmas. But the charity was such a success that she began teaming up with Santa to bring Christmas in July to low income nursing communities in the Dallas area as well.

“I want to make a difference in the lives of our seniors,” Alch explained in a blog post. “I was a hospice nurse for many years and seeing firsthand the needs of lower income nursing home patients tugged on my heart strings. With such limited resources, some of the residents only have hospital gowns to wear. One of my favorite memories as a child was opening a present from my grandmother on Christmas Eve, a brand-new nightgown. It was something I looked forward to every year.”

For many of the patients, WFAA observed, even something as small a new pair of pajamas can feel like Christmas.

“People just need that and if we can share a little bit of a blessing with someone, if we can bless one person, it makes it all worth it,” Krissa Shockey, Acappella's director of business operations, told the station. "These people have paved our streets, they taught us to read and write, they made a difference in our lives, so it’s our turn to give back.” 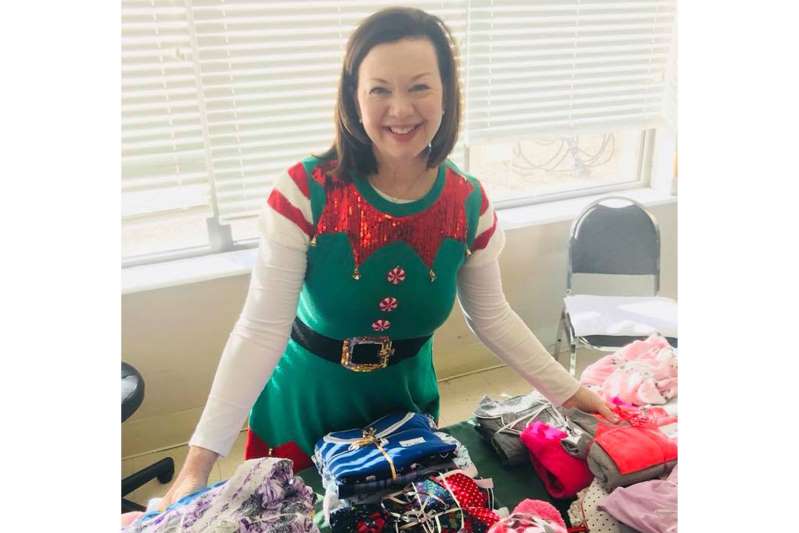