China's rapid economic growth has been accompanied by a construction boom, often including outlandish buildings that are criticised as ...

China's rapid economic growth has been accompanied by a construction boom, often including outlandish buildings that are criticised as a waste of public or shareholder funds. 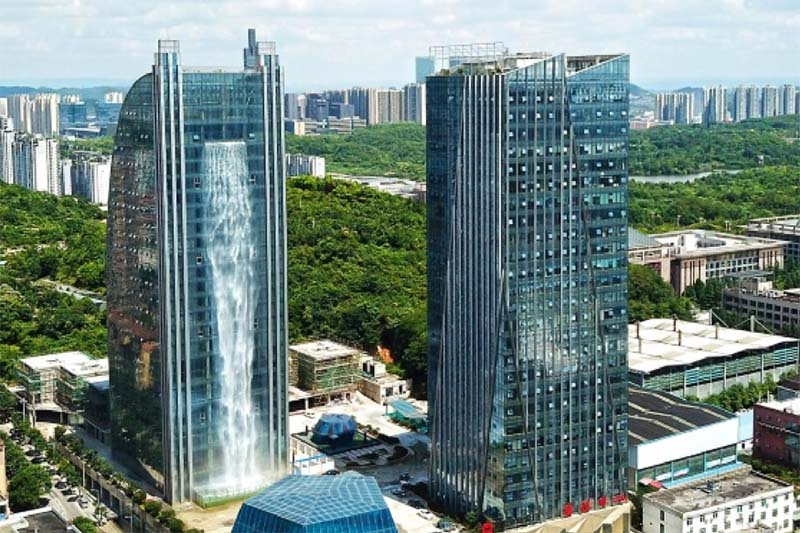 A skyscraper in southwest China that boasts what its owner calls the world's largest man-made waterfall has become the latest example of over-the-top architecture to draw national ridicule.

The tower in the city of Guiyang was built with a spectacular 108-metre (350-feet) cascade tumbling down its face -- but cash flow could prove a problem for the ostentatious design.

[post_ads]Although the Liebian International Building is not yet finished, the water feature was completed two years ago.

However it has only been turned on six times, with the owners blaming the high cost -- 800 yuan ($120) per hour -- of pumping water to the top of the 121-metre-high structure.

Constructed by the Ludi Industry Group, the building will house a shopping mall, offices and a luxury hotel.

The company says the feature pays homage to the local region's rugged nature, but Chinese netizens have mocked the project as a waste of money.

"If they could just turn it on once every few months, the company would save on cleaning windows," one user wrote on China's Twitter-like social network Weibo.
[post_ads_2]

not particularly beautiful .. looks more like the toilets have a massive leak

I can just see the people who work on the lower floors like... pic.twitter.com/0B2r0vDgl0


[post_ads]China's rapid economic growth has been accompanied by a construction boom, often including outlandish buildings that are criticised as a waste of public or shareholder funds.

The Beijing headquarters of state broadcaster China Central Television features a futuristic design now nicknamed "The Big Underpants" due to its resemblance to a giant pelvis.

Web users also noted the offices of the People's Daily newspaper in the capital looked like a penis during construction, and last year a building on the campus of a water-resources university gained notoriety for resembling a toilet.

The issue prompted President Xi Jinping in 2014 to call for an end to what he called "weird architecture".
[post_ads_2] 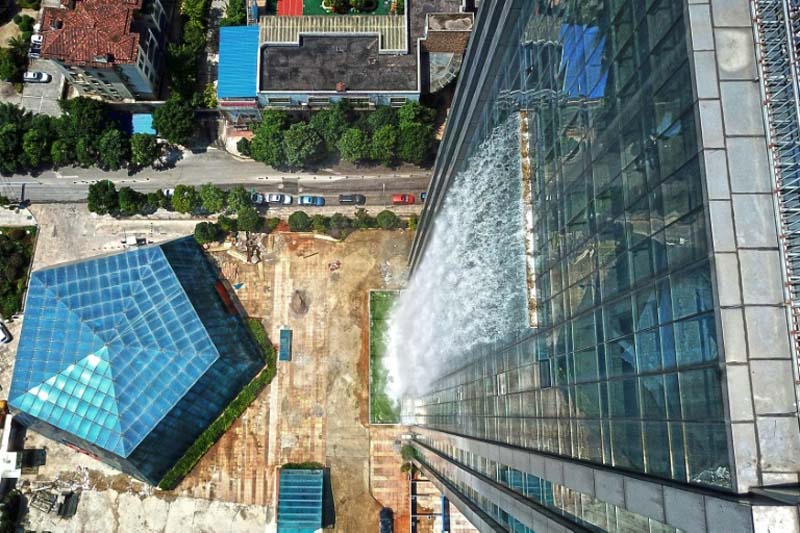