An inspiring Brooklyn educator amplifies the voices of students from an underserved community so that they’re heard far and wide.

Since then, it’s grown into a 60-strong competition team whose members – all students of color from tough Brooklyn neighborhoods — win national competitions and go on to attend Ivy League colleges.

For an unwavering commitment to those students and their stories, DiCo is nominated for a Hometown Hero award.

Twelve-hour days and no down time are the norm for DiCo. But the early mornings and late nights are worth it.

“Programs like speech and debate are not icing on the cake. They’re necessary to close the achievement gap,” the teacher said, referring to shortfalls in test scores and graduation rates faced by students of color, immigrant kids and children from impoverished families.

“Speech and debate, in particular, are empowering to students who have been traditionally silenced,” DiCo said. “They learn how to speak up.”

Led by DiCo, the scrappy and idealistic teens on the Achievement First debate team take to the road 25 weekends a year, traveling to debates near and far. DiCo helped fund those trips for years by buying cases of Gatorade in bulk, which students would sell in informal fund-raisers.

The money helped pay for transportation and lodging for competitions in places such as Florida and Philadelphia.

At the debates, students from DiCo’s bootstrap team often defeat well-funded adversaries from elite private schools around the nation. The Brooklyn teens deliver speeches on hot-button topics such as a parent’s deportation, racism at school and the significance of the Black Lives Matter movement.

Sometimes competitors and audiences are hostile. They resort to stereotypes. Once at a meet in Long Island, a competitor confused one of Dico’s students for a member of the wait staff.

But DiCo, 33, a Queens native who attended city schools, is always there to support the team.

“A lot of the magic is just me giving the kids space to do it — and they coach themselves,” DiCo said. “I help give them opportunities.” 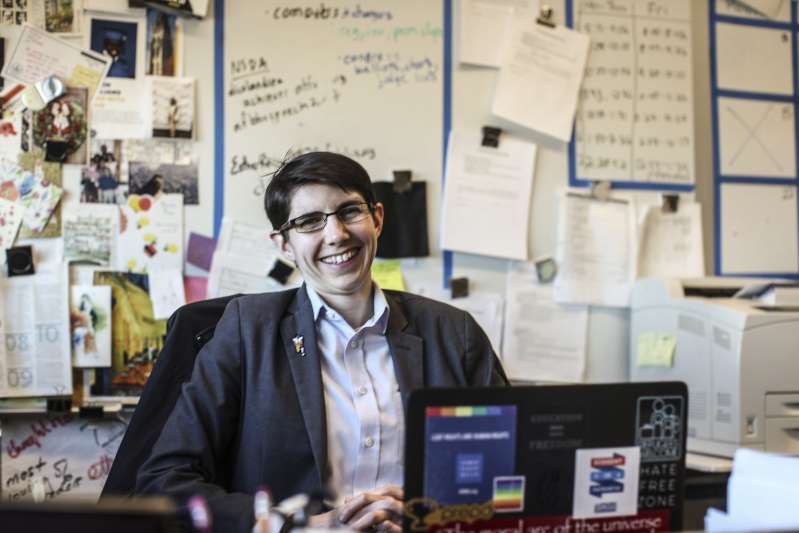