The nursery at Baylor Scott & White All Saints Medical Center – Fort Worth has never been as full as it has in the last 41 hours. And the halls have never been so busy.

Since June 26, 48 babies were born in less than 2 days, CBS Dallas / Fort Worth reports. That's an average of more than one baby an hour. And, there's definitely a lively discussion here about why.

"There's always talk about full moon, we definitely had a big full moon this week," OB-GYN Dr. Jamie Erwin said. "Maybe there is something to that as well, maybe not. But it's always a busy time of the year."

It is a busy time indeed. According to Texas state records, most babies are born in the months of July, August and September.

"People were asking about staffing," she recalled. "I was like, 'what's going on?' "

But, she said the hospital was prepared. Extra staff was called in; pizza ordered and even after 48 babies in a short span of time, they are ready for more. "We are trained for this," she said.

Two-day old Isaiah Johnson is one of the 48 babies born this week.

After an 18-hour labor, his mom Lamenshaney Harris described the moment when she held him.

"It was a tearful moment but it was joyful," she said. "I had a rush of joy."

By the way, Isaiah was the most popular name among the group of 48 babies.

Harris said she had no idea about the baby boom at the hospital.

"I didn't even know, the staff was so calm," she said. Baby boom or not, these new parents are thrilled to be part of the record. And, like any new parent they can't get enough of the sweet faces.

"Motherhood is really life changing, you never know it until the baby is born," Harris said.

In case you're wondering the month with the least babies born is February. 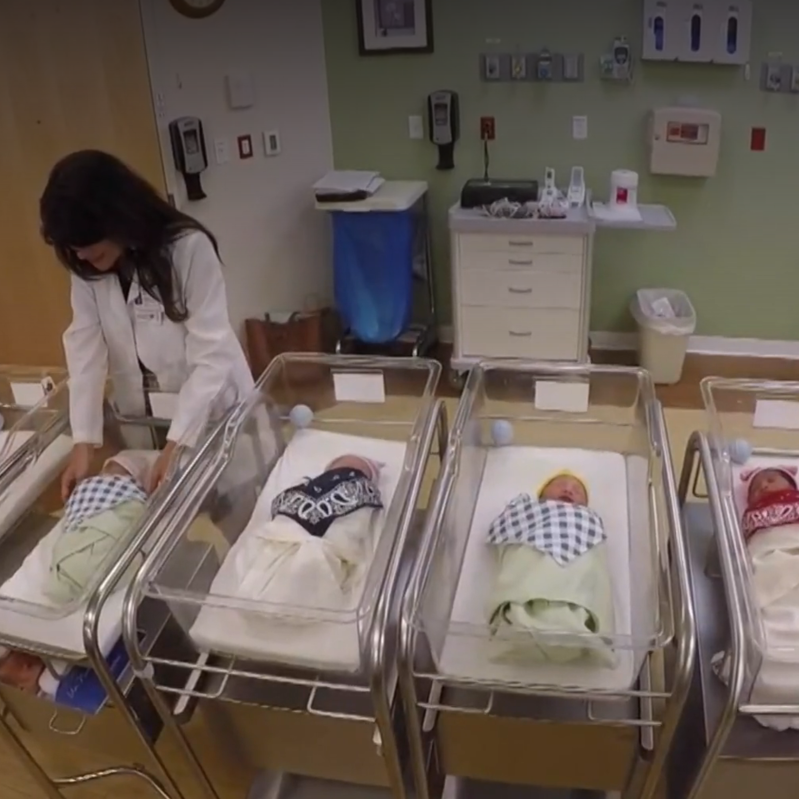