Ant-Man and the Wasp: Marvel's Wishy-Washy Feminism is Just a Gimmick to Make Box-Office Hits

What is the point of a string of strong female characters if they are just there to be sidelined by superheroes? Evangeline Lilly and...

What is the point of a string of strong female characters if they are just there to be sidelined by superheroes?
By Simantini Dey, News18.com

Feminism is a delayed movement in the Marvel Cinematic Universe. With superheroes in latex suits and cape wearing demi-gods fighting intergalactic battles with the evil forces, trying to save the Earth and the nine realms, who had time for feminism anyway? Surely not the Marvel Studio gods! Besides, until DC's Wonder Woman raked in a whopping $412 million in the domestic market alone, Marvel Studio heads didn't even think feminism was a profitable business.

In an email exchange that was unearthed during the Sony Hack back in 2015, the CEO of Marvel Entertainment, Ike Perlmutter had told the then CEO of Sony Pictures Entertainment, Michael Lynton, why superhero films with female leads are a bad idea. Perlmutter had given the example of the film 'Elektra' which was a box-office dud and called Catwoman as well as Supergirl films– disasters.

However, things are certainly different in the post Wonder Woman world, and Marvel will be damned if Detective Comics beat them to the punch in the race to feminism. Rumour has it that phase 4 of Marvel films will be all about female domination. As we approach the end of phase 3, there is ample indication that some interesting female characters will populate the Marvel Universe in future. For starters, let's hurrah! that the distress signal that was sent by S.H.I.E.LD agent, Nick Fury (Samuel L Jackson), at the end of Avengers: Infinity War was to Captain Marvel (Brie Larson), who happens to be a woman.

[post_ads]Unfortunately, the painfully slow pace with which Marvel has been evolving its already existing female characters show that gender bias runs deep in their system. Much is being made out of the fact that Evangeline Lilly (a woman) plays the titular role of 'the Wasp' in Marvel's latest cinematic outing Ant-Man and The Wasp that almost makes you feel proud of Bollywood for making Nagina in 1986, a film that shows a woman (Sridevi) with the supernatural powers as the protagonist. In Ant-Man and The Wasp, Lilly's Wasp aka Hope Van Dyne gets slightly more screen-time than Black Widow (Scarlett Johansson) does in most Avengers films.

While we would like to believe that it is a sign that the powers that be at the Marvel offices have found new faith in female characters, it could very well be because this current Ant-Man film doesn't have a string of wildly popular superhero characters played by equally popular actors in it.

Hope Van Dyne is the smarty pants, while Paul Rudd's Ant-Man is the funny one. Unlike the first Ant-Man film where she was made a fence sitter, in this one, Lilly's wasp fights side-by-side Rudd's Ant-Man, after being given the Ant-Man suit (with wings and all) by her father, scientist Hank Pym. She is faster and better than Rudd in several fights and chase sequences and yet, the climax of the film belongs to Rudd, as he struggles to regulate his size and fight the baddies. The story sidelines Wasp, until the end, when Ant-Man needs saving. Why? Is it because she is a woman? Who knows! But, Lilly's Wasp, despite doing some heavy lifting in the film, plays the second fiddle to Rudd's Ant-Man.

In MCU too, much like our real world, women are still second-class citizens. In fact, the ways in which MCU replicates the gender biases of our real world is uncanny. This cinematic universe too is ruled by ... wait for it... Straight White Men (no surprise there). Women play strong important roles in several of their films, however, they are still far from being essential.

Yes, Marvel has come a long way, from the days of Pepper Potts (Gwyneth Paltrow), the glorified secretary, who was the quintessential damsel in distress. An especially insipid dialogue by Pepper Potts, that's every feminist's nightmare was, "I do anything and everything that Mr Stark requires. Including occasionally taking out the trash." (Insert gasp here).

Black Widow and Scarlet Witch (Elizabeth Olsen) have a slightly better deal than Potts (Paltrow) They make significant contributions to the franchise, and team Avengers, but they don't amount to much in comparison to the golden boys of Marvel homestead aka Thor (Chris Hemsworth), Iron Man (Robert Downey Jr), Hulk (Mark Ruffalo) and Captain America (Chris Evans) and honest to god, I have very little idea about what Maria Hill (Cobie Smulders) actually does in most Avengers films, except standing very erect, and looking all S.H.I.E.L.D agent like.

Now, before you dismiss me for a hater, or worst still a DC fan, let me ask you, didn't you ever hope that Okoye (Danai Gurira), Nakia (Lupita Nyong'O) and Shuri (Letitia Wright) get a separate movie of their own after watching Black Panther? Didn't you ever wish that the ever yapping star lord Peter Jason Quill (Chris Pratt) took a back seat, and Gamora (Zoe Saldana) ran the show for once in Guardians of Galaxy? Or, when you first met Scapper 142 (Brunnhilde) and learned that she was a Valkyrie, didn't you want to watch a movie solely dedicated to the fighter goddesses of Asgard? I know I did.
[post_ads_2]
However, there are fat chances of those films ever being made. In fact, it took only eight years and several social media taunts from Marvel fandom to get Marvel Studio to announce a film on Black Widow. Of course, that film won't happen before Doctor Strange and Guardians of Galaxy sequels, but at least it's on its way. Another good news is, Marvel, it seems has also taken a cue from Wonder Woman and finalised a female director, Cate Shortland to direct the Black Widow film. Hopefully, that will ensure a film that objectifies Black Widow a little less and actually focusses on her story instead.

Marvel is also ready to roll out Captain Marvel, next year, before the fourth Avengers film. Brie Larson has been finalised to play the role of Captain Marvel and with her, Marvel aims to introduce one of the strongest characters in MCU, apparently more powerful than the existing Avengers.

Marvel President, Kevin Feige, had previously claimed that he is a champion of female superhero films. He was also sensible enough to acknowledge that films like Elektra, Catwoman, as well as Supergirl, failed because they were bad films, and not because of the gender of the lead characters. While it's always a good sign to hear such sensible talk from a studio head, Feige also confessing that he is glad that the Wonder Woman has paved the way for the 'smooth rollout' of Captain Marvel, makes you realise that despite their interest in making a female superhero film, how unsure Marvel still is, about its potential.

Under such circumstances, a question that lingers is, what does Marvel's feminism amount to then? What is the point of a string of strong female characters if they are just there to be sidelined by superheroes. Is it just a case of marketplace feminism --- that Andi Zeisler, the co-founder of Bitch Media, talks about in her book, We Were Feminists Once: From Riot Grrl to Covergirl, the Buying and Selling of a Political Movement-----where companies/organizations sell their products (in this case films) by using feminist values, language and activism without actually embracing feminism fully? Marvel sure has been riding high on the success of a stellar 'supporting' cast of women, be it Avengers, Black Panther, Thor, or Guardians of Galaxy franchise. These carefully crafted women characters have a strong sense of identity, are fearless, and very competent, easily evoking the popular cultural image of an empowered woman, which the Marvel fans love. But, the obvious empowerment of these characters stealthily hides the facts, that at the end of the day, when the earth or night realms need saving in any Marvel film, it's always the men, who get to do the job, while the women only get to tail them.

Fortunately, the good news is the actresses who play these women characters for Marvel, have been very open about the gender biases in MCU and have even suggested ways to remedy them. Apparently, many female actresses -- from Brie Larson, Zoe Saldana to Elizabeth Olsen -- had previously approached Feige to make an Avenger style all-female cast member film. While we do not know how long and what sort of persuasion from the fandom, it might take before Marvel signs up for an all-female superhero film. One thing that will determine how inclusive the MCU gets in future is how Captain Marvel and the Black Widow film do at the box office. If these two films fail, for whatever the reason it may be, chances are, much like Catwoman and Supergirl's failure, their failures too will be attributed to the lead characters' gender. What can you say? Even women with superpowers, who live in an alternate, virtual reality, are not immune to blatant sexism. 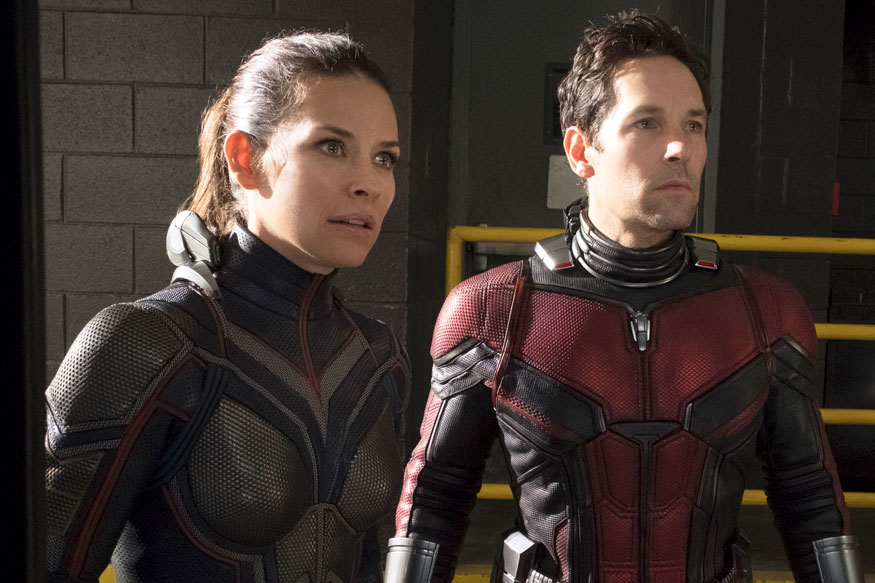