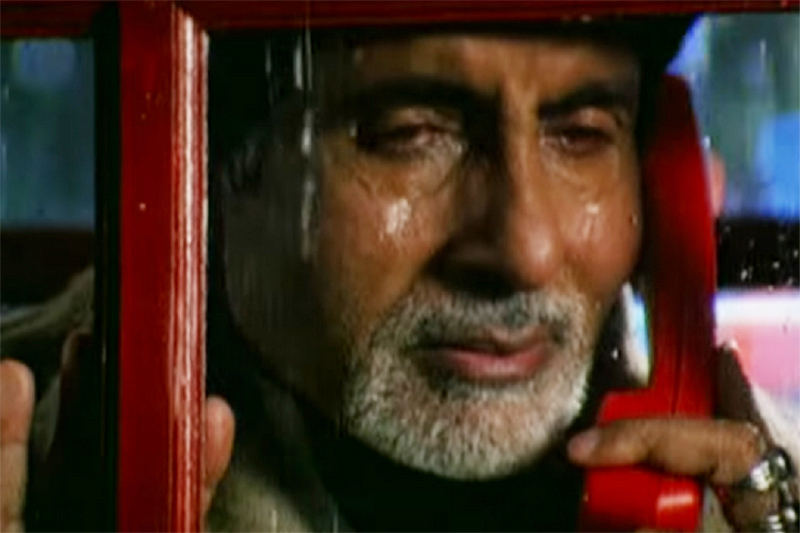 Let's be honest. No one likes losing followers on social media. Especially, if you're Bollywood legend Amitabh Bachchan.

Twitter is on a mission to cut down on fake and automated accounts. The microblogging site has said that it will remove suspicious accounts from users’ followers so the user has the confidence that his/her follower numbers are “meaningful and accurate.”

[post_ads]The move is aimed at users reportedly inflating their followers on Twitter with automated or fake accounts, buying the appearance of social influence to "bolster their political activism, business endeavours or entertainment careers".

To give you an idea about how serious Twitter is with its clean-up, music artist Katy Perry, the most followed account on the website, lost more than 2.8 million followers.

But we aren't worried about the Perrys or the Biebers. It's Amitabh Bachchan's deafening silence that has gotten us really, really worried.

For starters, the 75-year-old is extremely active on Twitter and uses the medium to share updates about his personal and professional lives with his fans and well-wishers.

T 2188 - @msdhoni many congratulations .. another great example of your leadership ! So much to learn from you !! pic.twitter.com/tvUqbZqGs6


And, man, does he love 'dem followers.


Despite his dedication towards the microblogging site, Twitter's not been so generous with the Shehenshah when it comes to followers. Or so he claims.
[post_ads_2]
Earlier this year, BigB took to his account and accused the website of deliberately failing to increase his follower count despite the "maximum activity".

"How do you keep the score board from not moving despite every ball being hit for a 6," wrote the angry young man.

T 2793 - Dear Twitter Management , its quite amazing how you manage to keep numbers of followers CONSTANT, & not moving AT ALL despite maximum activity !!👏👏👏👏👏.. well done !! I mean how do you keep the score board from not moving despite every ball being hit for a 6 !! pic.twitter.com/oDZU9xxYAZ


And when BigB lost 1.6 lac followers back in January, he threatened to leave the website.


But the recent Twitter clean-up has done more damage to his account than ever.
[post_ads_2]
A quick search on Social Blade -- a website that compiles data from social media accounts and makes graphs to track your progress and growth-- shows Big B lost around 424,008 followers in just 24 hours. These numbers could increase as the Twitter purge continues. 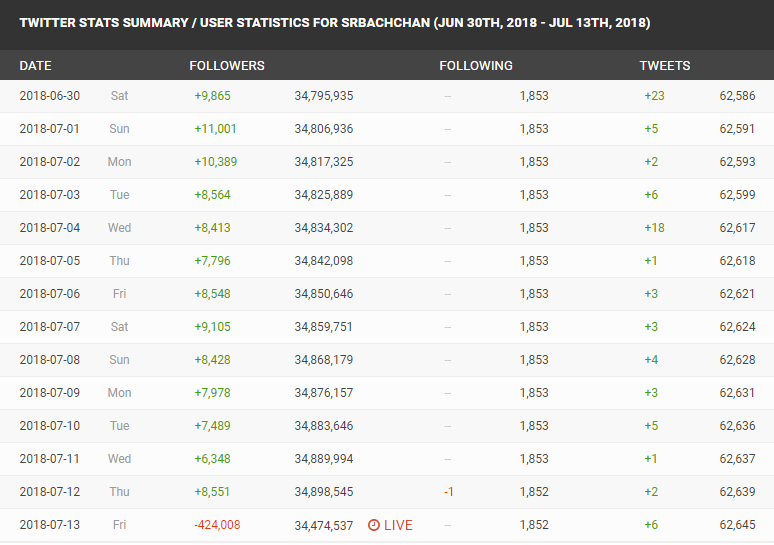 Instead of sending out an angry tweet to Twitter, this time, he resorted to the silent treatment. Though, he retweeted a few tweets that complained about the decline in the actor's followers' count.


Or maybe he's following his own advice?


Or does he support Twitter's drive to hunt down those spam accounts? Honestly, we do not know. All we hope is that the Twitter engine in him keeps running.