According to social media sources, photojournalist Jibon Ahmed may also have lost his job. By Rakhi Bose , News18.com A yet another ex...

According to social media sources, photojournalist Jibon Ahmed may also have lost his job. 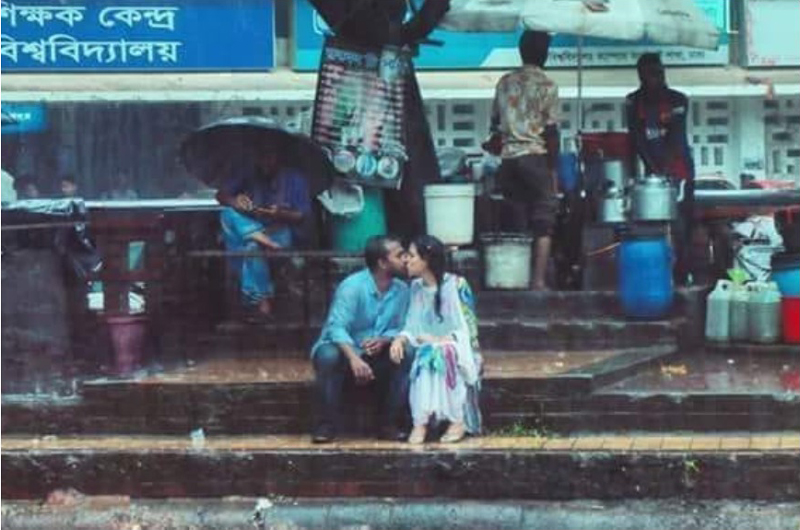 A yet another example of moral policing surfaced in Bangladesh after a photo of a couple kissing in the rain went viral, provoking harsh reactions and even violence.

The photo was taken by photojournalist Jibon Ahmed in front of Dhaka University's Teachers and Students' Centre. 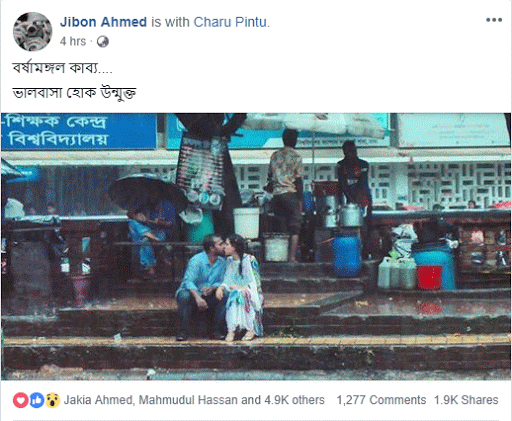 Despite positive several reactions, Ahmed and his image were soon slammed by the self-proclaimed social media moral police for spreading obscenity.

[post_ads_2]
An enraged microblogger wrote, "Lovers are getting more audacious by the day. Earlier these things were done in secret. Now they are doing it in broad daylight. The day is not far when they will be making love in public."


Many criticized the image claiming it encouraged harassment of women and rape culture and that it would lead women to unnaturally explore their sexuality and thus leave home.

Social media outrage was not all.

Soon after the photo appeared, unidentified attackers from Dhaka University assaulted Ahmed. A Bangladeshi news website Kaler Kantho reported that the assailants had been fellow photographers who attacked Ahmed allegedly for 'tainting' the profession on photojournalism.

[post_ads_2]
Threat to personal safety aside, Ahmed may also have been censured professionally. According to several social media sources, Ahmed who worked as a photojournalist with a news platform called Purbapashchimb, was allegedly fired from his job as well.


The photographer also came under attack for the recent image after several people raised questions on the matter of consent, claiming that the image amounted to a breach in the couple's privacy.

Coming out in defense of the image, which Ahmed had posted with the caption roughly translated to mean "a monsoon's tale, let love be free", the photojournalist said that the couple was aware of the photo being taken and did not object to it. He also added that after the image went viral, the couple was contacted and that they ensured that they were okay with it.

[post_ads]A few days ago, members of the ruling cadre beat up seniors in Dhaka University allegedly for holding hands, reported The Express Tribune. The photo coincides with an unpopular decision to make Dhaka University off-limits to outsiders. But, Ahmed is no stranger to the right-wing resistance.

In 2015, the photojournalist had been fired from his job after he helped murdered free-thinking blogger Avijit Roy and his wife Rafida Bonya get to the hospital. The couple had been attacked in a book fair allegedly by Islamist militants for Roy's blog which critiqued the problem of religious orthodoxy in Islam. Ahmed had then faced criticism from colleagues and was subjected to endless questioning by the police.

Ahmed remained unavailable for comment. But the incident of moral policing once again raised questions about free speech in Dhaka University, once known as a bastion of progressive thought and rebellion.