© Provided by CBS Interactive Inc. 7-Year-Old Utah Girl Calls 911 to Save Toddler Sister Who Fell Into Pool Inside Edition S...

Seven-year-old Dylann Ott has always been an old soul. She recently announced she needed to start learning how to be a mom. You've got plenty of time to study on that, her mother counseled.

"I started calling out for Dylann," the girls' mother, Andee, told InsideEdition.com. "I knew I needed help." Blake was lifeless and blue. Her mother ran into the house, pressing Blake's chest to her own, and shouted to Dylann to find her phone.

The 7-year-old did as she was told. Then she calmly called 911 and explained to the dispatcher, in a child's simple words, exactly what happened.

"Our baby fell in the pool, and we can't get her back alive," Dylann says in the call as frantic voices can be heard in the background.

"How old is the baby?" the emergency operator asks.

As the little girl spoke into the phone, Andee reached deep into memories of her school days, when she was taught CPR.

"I could see myself in the room," she recalled. She could see "Resuscitation Annie," and the baby-sized version she and her classmates practiced chest compressions on.

"I just started doing what I remembered," Andee said, while Dylann kept the dispatcher informed. "She was just really calm and I was not," the mom said.

Finally, Blake started making little noises, Andee said. And then she started breathing. "I remember hearing Dylann say that on the phone," their mother said. "I just kept going."

Andee didn't have enough hands to do everything that needed to be done. She could have driven to a local hospital faster than it took for the EMTs to arrive, but she couldn't drive and perform CPR at the same time. Nor could she dial 911 and do compressions at the same time.

"Dylann was just the perfect assistant," her mother said. "She has always been very mature and helpful. I knew I could rely on her."
[post_ads_2]
Paramedics arrived, and Blake was whisked away. Later, she was airlifted to a children's hospital in Salt Lake City, where her oxygen-deprived little body lapsed into seizures and she placed on a breathing tube.

She came home this week, no worse for wear and tear.

"She is just totally unscathed by this," her mom said, grinning, as Blake stuffed chubby handfuls of fruit gummies into her mouth and uttered appreciative grunts.

Dylann is just fine, too, in her unfazed and unflappable way. To a local TV reporter interviewing her, the child said, "Thank you to all who saved her. That's just a miracle." 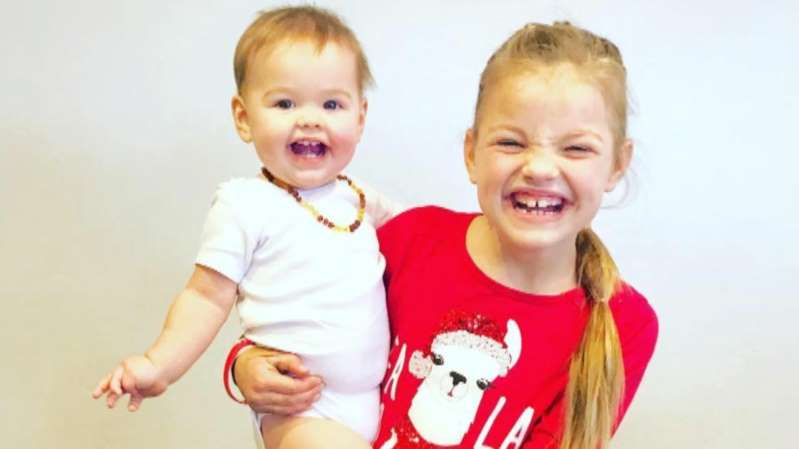