By Daily News Staff A man in Coimbatore, Tamil Nadu, has social media laughing out loud with the elaborate ruse he employed just to steal a ... 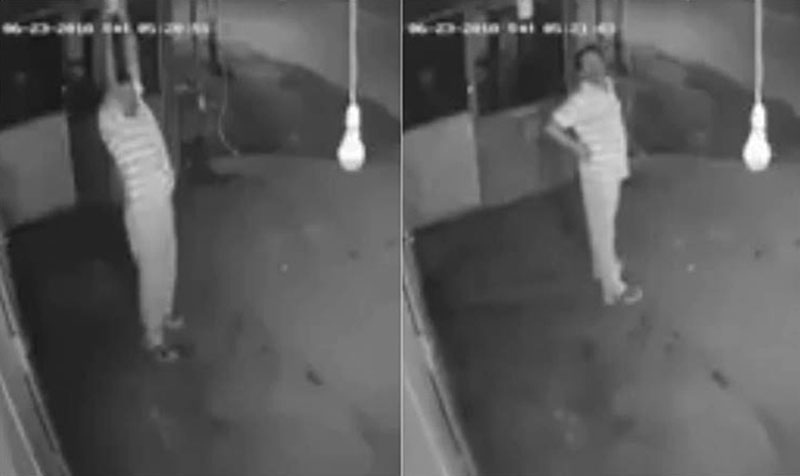 A man in Coimbatore, Tamil Nadu, has social media laughing out loud with the elaborate ruse he employed just to steal a light bulb. On Wednesday morning, an unidentified man was caught on camera stealing a light bulb from a shop entrance in Coimbatore's Cheran ma Nagar, reported India Today. However, what makes the CCTV footage hilarious to watch is the exercise routine he pretends to do in order to throw off onlookers.

In the video, shared by Tamil news channel Puthiya Thalaimurai TV on YouTube, the man can be seen stretching in front of the shop before reaching for a light bulb hanging outside the store. On seeing some vehicles passing by, however, he quickly goes back to his exercise routine.

The man is finally successful in making off with the lightbulb - still unaware that his elaborate ruse was caught on the shop's CCTV camera. According to the time stamp on the CCTV, the incident took place around 5 in the morning on June 23.

The video has been shared widely on messaging platforms and on social media, and has collected many hilarious comments.

Earlier this year, another thief in Tamil Nadu had made social media laugh - for he had tried to hide his appearance by donning a clear, plastic bag on his face.