Veteran's small business is gifted $15,000 worth of lawn equipment after his gear is stolen

Just a month after finding out that he'd been robbed, an Oklahoma veteran will continue to run his landscaping business, which hires vets, thanks to a nonprofit group's donation of $15,000 worth of new equipment on Friday.

Cody Nichols, who served in the Marines, owns and operates Our Troops Services, a small business in Tulsa that hires veterans for landscaping, fencing and construction jobs. His company took a hit on May 20 when he discovered that all of his equipment had been taken.

Nichols and his fellow veterans were left with nothing but a couple of donated push mowers to continue working, but they soon fell behind.

The veteran’s luck turned around on Friday, though, when a nonprofit group, Soldier’s Wish, surprised Nichols with $15,000 worth of new lawn equipment, the Tulsa World reported.

“We’re going to survive. I really thought our company was going to die,” Nichols said according to the publication.

Nichols, who said he's been adding new customers recently, will now continue his work thanks to a commercial riding mower and the generosity of others in the military community. 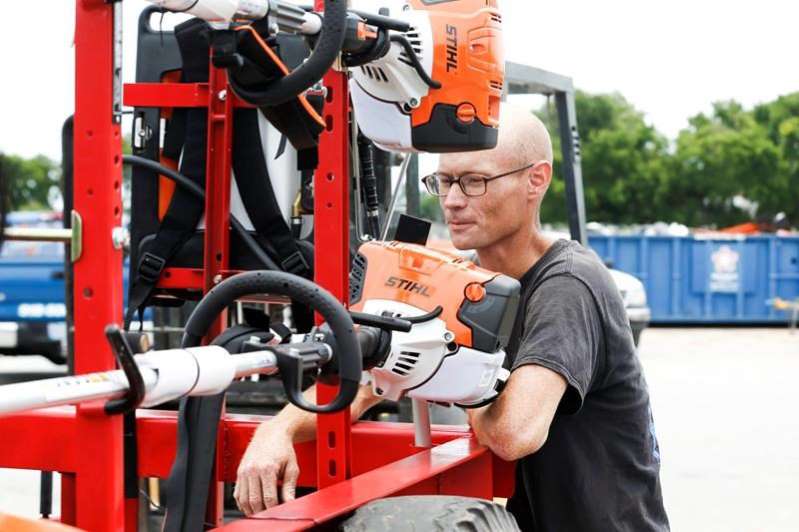