By Daily News Staff An Atlanta-area dermatologist has been dubbed the "rapping doctor" for her unusual habit of filming herself an... 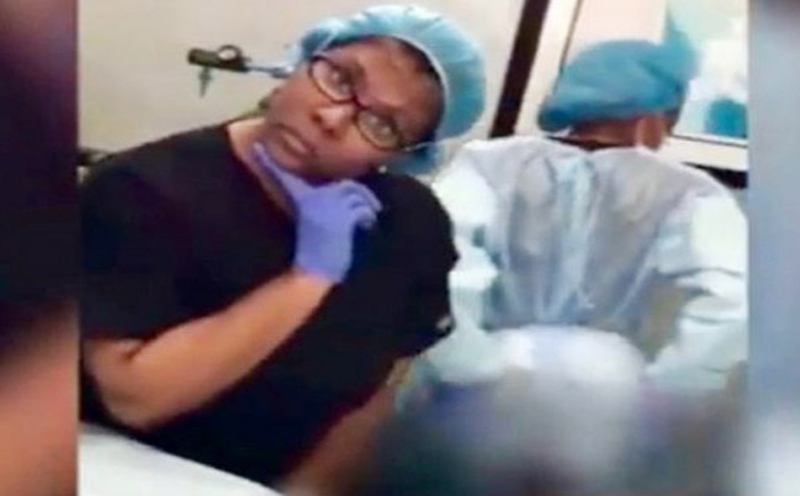 An Atlanta-area dermatologist has been dubbed the "rapping doctor" for her unusual habit of filming herself and her staff dancing and rapping during surgery, with unconscious patients used as props, and posting the videos online for promotional purposes.

Dr. Windell Boutte promotes herself as the "#1 Female Plastic Surgeon in the Southeast" despite not being licensed by the Georgia's medical board to perform surgery. Luckily for her, the state allows any licensed physician to operate, so she's all good. What hasn't sitting well with either her patients of fellow doctors, though, is Boutte's unconventional marketing technique - filming herself rapping and dancing to popular rap songs while operating on unconscious people and posting the videos on sites like YouTube. In the over 20 now-deleted videos on her account, patients are often shamelessly exposed despite never having given their consent to be used as props in the doctor's amateur videos.

In of the shocking videos, Dr. Boutte can be seen literally cutting into the abdomen of one of her patients while dancing and rapping to the O.T. Genasis song "Cut It." In another, she can be seen leaning over the exposed buttock of an unconscious patient while holds surgical instruments without gloves or surgical mask and proudly rapping her very own version of Migos' "Bad and Boujee" - "My patients are bad and boujee. Building up fat in the booty."

Sometimes, the Liburn dermatologist would even use her staff as back-up dancers while someone else filmed their whole routine.


Unfortunately, posting these tasteless promotional videos online is far from the worst that Dr. Windell Boutte is accused to have done to her patients. She has settled 5 malpractice cases in the last 6 months, and has 4 more pending. I guess you can't sing and dance AND operate at the same time, after all.

To make matters worse, after news of her mid-surgery rapping and dancing went viral last week, nearly 100 other women have come forward to complain about Dr. Boutte's work. Susan Witt, an attorney representing three of the dermatologist's former patients, told CNN that she's been having a hard time keeping up with the emails and phone calls from other patients wanting to complain about her work.


Both Dr. Windell Boutte and her lawyers have declined to comment on this issue, but the controversial videos have been deleted from her YouTube account. However, she continues to practice medicine at her office.

"She is still getting up and going to work every day and making a great deal of money, subjecting patients who are none the wiser to her unsafe practices," Susan Witt told WSB-TV.

Why any doctor would think that filming herself/himself rapping and dancing during surgery and posting the videos online qualifies as promotion, and why anyone who saw any of these videos actually considered getting operated by such a doctor remains a mystery.