The Stunning Artworks of “Needle Man”, the World’s Only Sewing Machine Painter

By Daily News Staff Arun Kumar Bajaj has a very unusual skill – he can paint with a sewing machine. Technically, it’s embroidering, not pain... 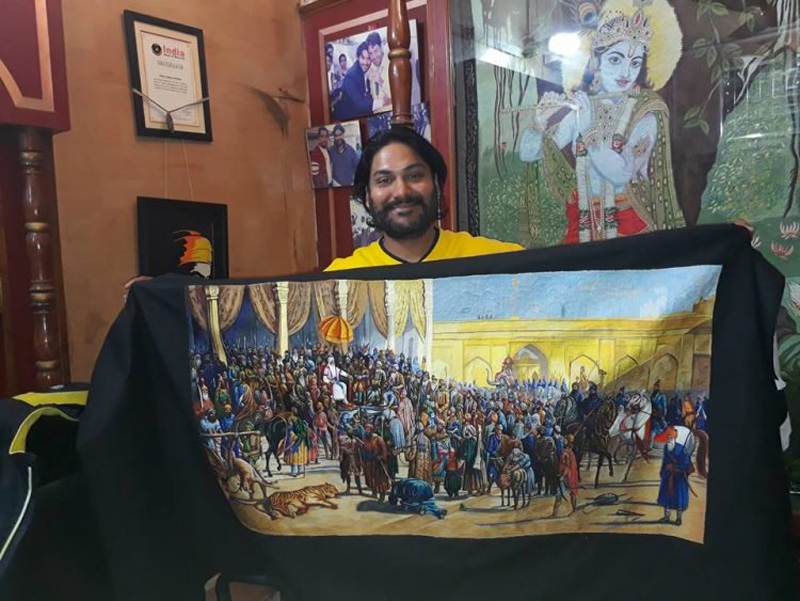 Arun Kumar Bajaj has a very unusual skill – he can paint with a sewing machine. Technically, it’s embroidering, not painting, but his artworks are so incredibly detailed that they could pass as hyper-realistic paintings to the untrained eye. And the fact that he does it all with a sewing machine just makes it that much more impressive.

Arun was really good at drawing and painting growing up and dreamed of becoming a famous painter, but his father’s sudden death, 15 years ago, foiled his plans and forced him to abandon school in order to run the family business. His father was a tailor and he became one too, but he didn’t let the artist in him die. Instead, he started “painting” with needle and thread, but instead of using his hands, he decided on a rather unusual embroidering tool – the sewing machine. It took him a while to master this unique art form, but today he is recognized as the world’s only sewing machine artist. 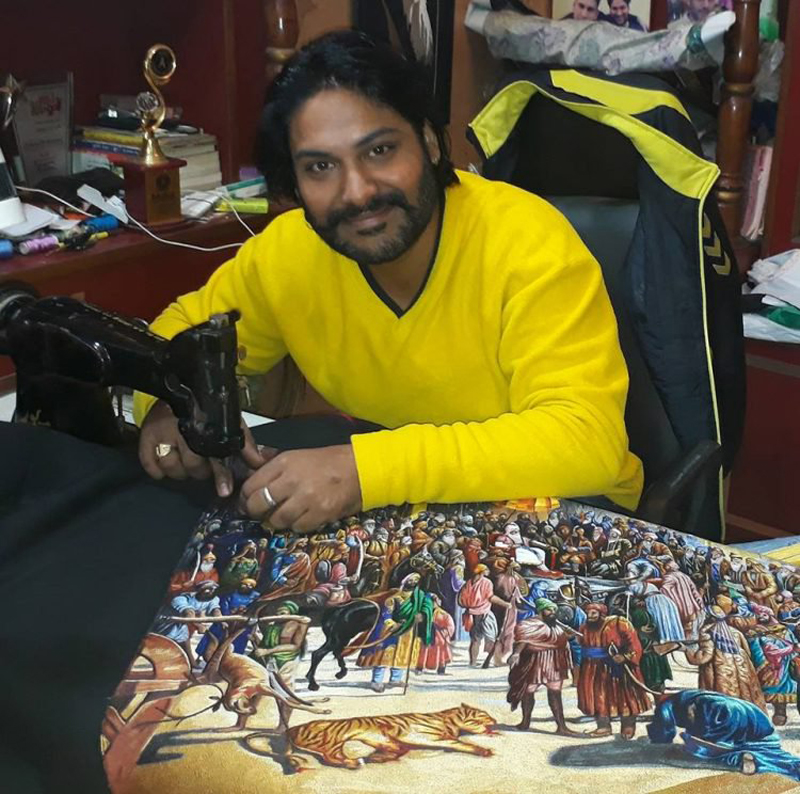 “I’ve been stitching for the last 23 years, since I was 12,” the 35-year-old artist told DNA India. “My father was a tailor but he died early, when I was 16, and I had to drop out of school to take over the shop. I was good at sketching in school, and this was a way I could combine the two arts.” 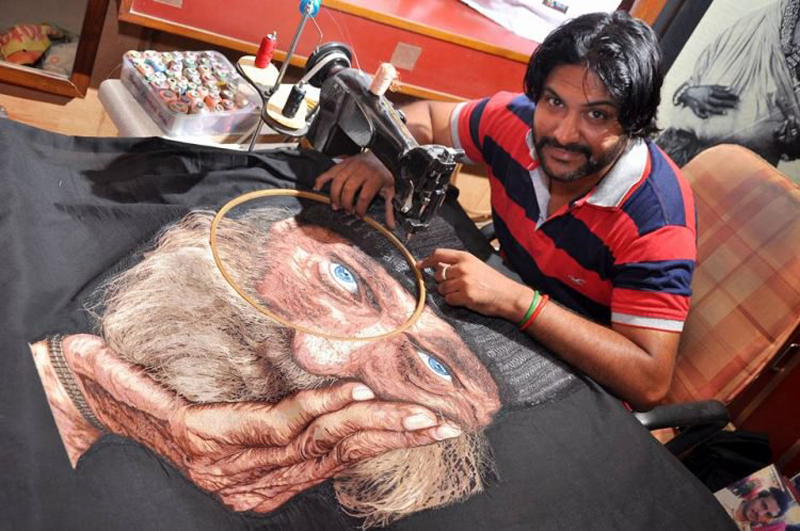 “I didn’t want to remain just a darzi (tailor) all my life,” Arun added. “I wanted to make a name for myself, even though my obsession has caused financial uncertainty to my family.” 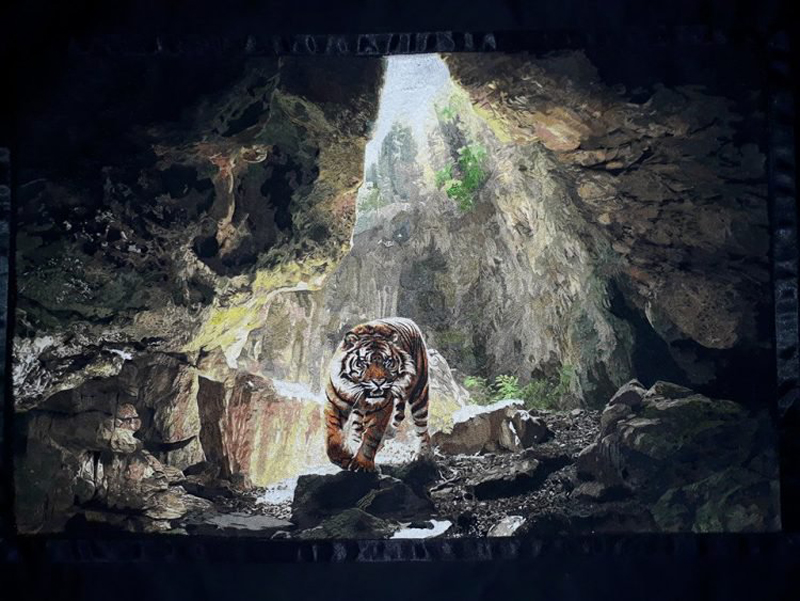 Luckily, his perseverance paid off, and his works became sought after both in India and abroad. It’s easy to see why, just by looking at them, but what really makes his embroideries special is the tool he uses. 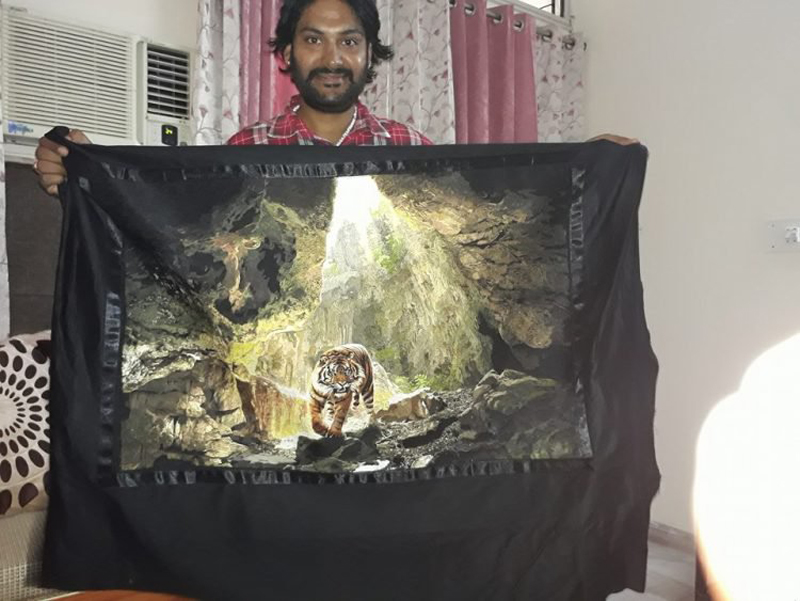 Many countries around the world have a rich tradition of embroidered tapestries, and you could probably find a few to rival Arun Kumar Bajaj’s in detail, but good luck finding any that were made with a sewing machine. You won’t, and there’s a good reason for that. 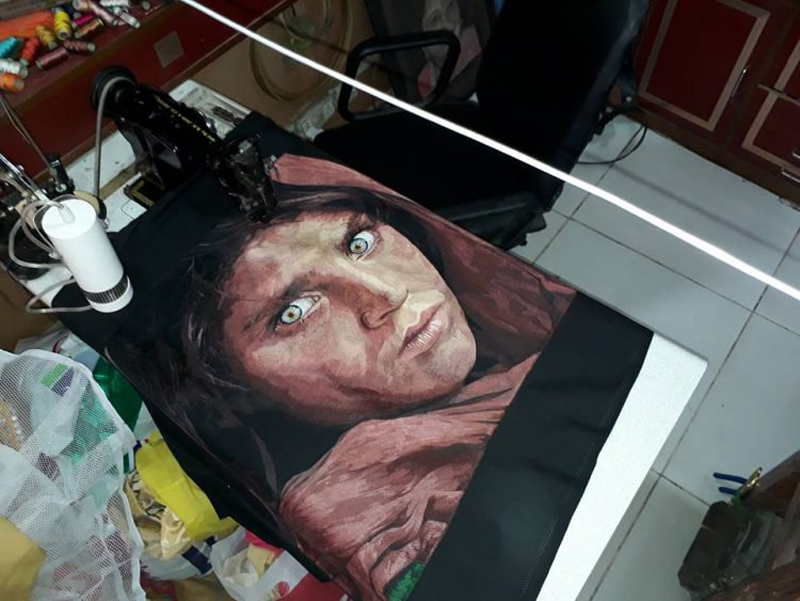 “You need to be very precise because once you’ve stitched the cloth, there’s no way you can undo it,” Arun said. “I also don’t overstitch – it’s all done in a single layer to give the painting a neat look.” 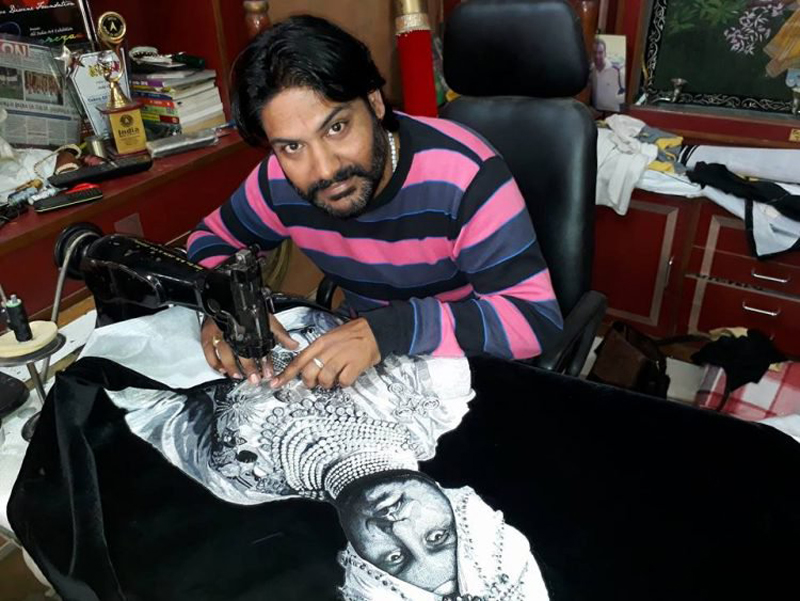 Some of the Needle Man’s most impressive works include a 6×4 feet painting of Lord Krishna, which took 3 years and an approximate of 28,39,000 meters of thread to complete, or a 4×2 feet painting of the court of Ranjit Singh, the fabled Maharaja of the Sikh empire, featuring nearly 2,000 human figures. The latter took the artist over a year to finish.


Arun runs a tailoring business in the Adalat Bazar of Patiyala, but he dedicates a lot of his time to his artistic pursuits as well. You can check out more of his amazing sewing machine “paintings” on his Facebook page.