© Michael Anthony Pagán via Facebook Cassidy De Leon, 18, with her mom who is terminally ill, Elizabeth De Leon, during a graduation… From ...

From Inside Edition
An 18-year-old high school student made sure she granted her terminally ill mother’s last wish to see her graduate.

Cassidy De Leon’s mom, Elizabeth De Leon, was diagnosed with colon cancer in April 2014, but this past May, her condition worsened. She wasn’t sure she’d make it to her daughter’s June 21 graduation.

“The last thing I know she wanted was to see me graduate,” De Leon said.

De Leon’s older brother, Richard Pagan, helped to make that wish a reality. He contacted De Leon’s principal at Washingtonville High School in New York and asked him to present her with her diploma at the Vassar Brothers Medical Center, where De Leon’s mom was being cared for.

On Memorial Day, family and friends gathered at the hospital to watching the heartfelt moment.  In a video captured of the impromptu ceremony, De Leon’s principal, Brian Connolly, speaks about how Elizabeth De Leon raised her daughter to be strong.

De Leon said it was a moment she’ll never forget.

“She was in and out of consciousness throughout her whole hospital stay. Once the graduation happened, her eyes were open and she gave me a small little smile,” De Leon said. “It was really emotional. I was happy and very sad.”

De Leon’s mom passed away the next morning.

The teen said she knows she will make her mom proud.

“All I wanted to do was show my mom that I was going to be okay, and I finished school, and I am going to go to college,” De Leon said. “She was the most amazing woman I will ever know." 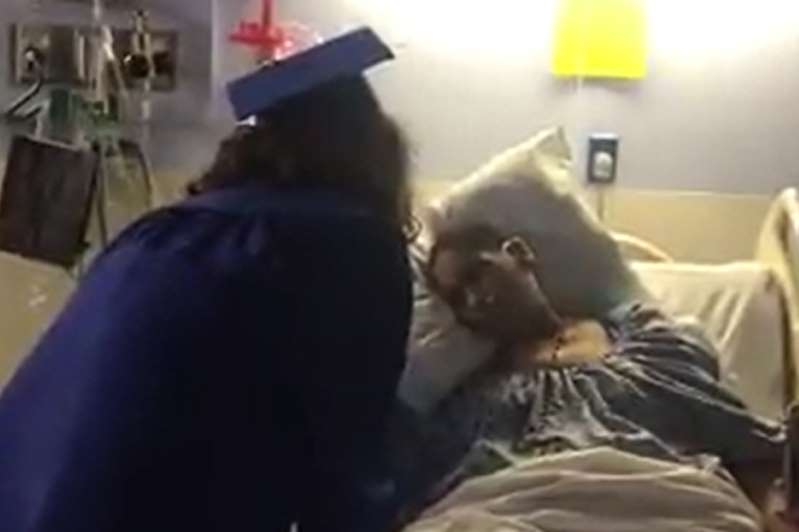