A flight attendant on an Alaska Airlines trip to Portland last week asked an urgent question: Did anyone onboard know sign language?

That's when 15-year-old Clara Daly answered the call for help.

Daly came to take up a position next to 64-year-old Tim Cook -- and began a conversation.

Clara, who began to learn signing only about a year ago, took Cook's hand and -- letter by letter -- unlocked his wishes: for water, arrival time information and much more.

"He, like, didn't need anything. He was lonely and wanted to talk," Daly said. Which is what the two did for an hour or more.

Daly was bound for California with her mother. But because their original flight to Los Angeles was canceled, they were re-routed through Portland -- and as fate would have it, that was Cook's destination.

Passenger Lynette Scribner seated nearby thought it was cool too.

She took a photo and wrote an account of Clara's act of kindness on Facebook, calling it a "beautiful reminder in this time of too much awfulness ... that there are still good, good people who are willing to look out for each other."

I saw this gentleman, Tim, in Boston's Logan airport with the sister he'd been visiting. It appeared he was both deaf...
Posted by Lynette Scribner on Tuesday, June 19, 2018

That post has been shared nearly 700,000 times as of Monday night.

"Doing something like that is what anyone would have done," Daly said. "I think it's weird that it's getting so much attention." 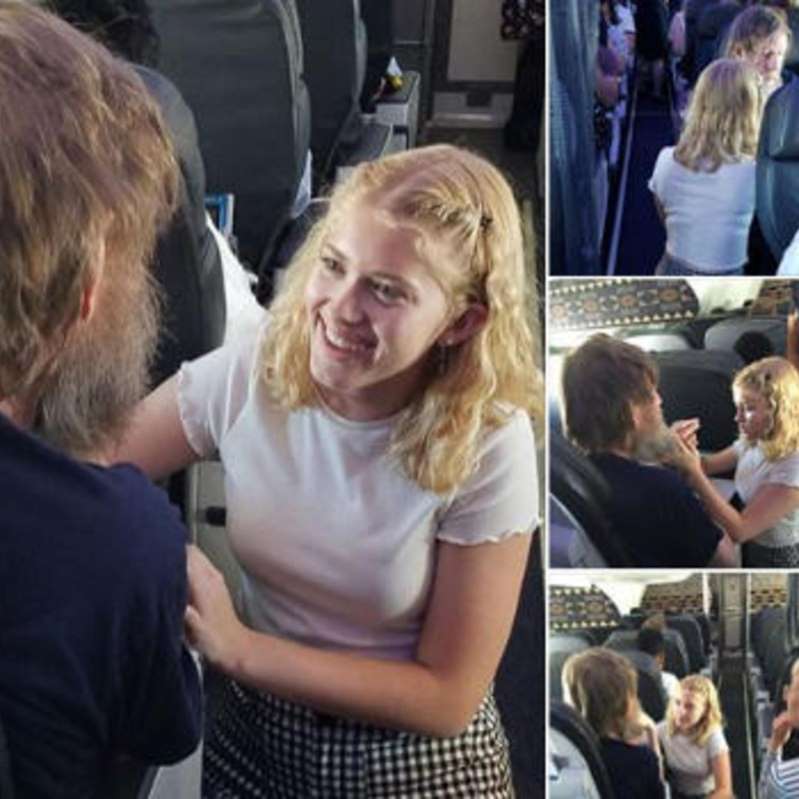