© Provided by Hearst Television, Inc. From WJCL When an anonymous donor recently gave Campbell Chapel AME Church more than a half a million ...

When an anonymous donor recently gave Campbell Chapel AME Church more than a half a million dollars, the South Carolina church was set free; it's now debt free.

“There’s some people who didn’t have a half million dollars to give us,” said Dr. Jon R. Black, pastor. “But gave us the pennies that they had.”

With the 14-year mortgage wiped clean, resources are freed up to concentrate on more outreach, like the weekly soup kitchens where church members and Bluffton police donate their time.

The church also has a very creative way of raising money, mixing history and culture, and preserving it for the future.

“It’s an honor to be chosen as a featured artist,” said Hank Herring, standing inside an art gallery in a building adjacent to the church.

Herring’s collection is one of many sold by the church’s non-profit, a fundraising arm for Campbell Chapel.

“Working in the community again affords to teach the children, which I think is really important,” Herring said, adding that children should also learn skills with their hands as we move further into the technological age.

And now the church can bring the community together, where it all started.

“The congregants that were here before we moved in to the new building talked about the intimacy, the warmness off it,” said Black, standing in the original church, built in the 1800's. The church’s next step is to is to renovate the building to serve the people around it.

“This is a wonderful safe place where we can deal with some of the difficult issues of our community,” like social justice and understanding cultural differences. And, Black adds, a place for celebrations, concerts, weddings, and worship.

Thinking of the nearly 150 years of Campbell Chapel AME Church, Black said he’s moved by the congregation’s dedication and their heart, far beyond money.

“This is a place of giving, people give their time, their talent and their treasure consistently here,” Black said. “So I feel that having the mortgage paid off is only going to release them to give more.” 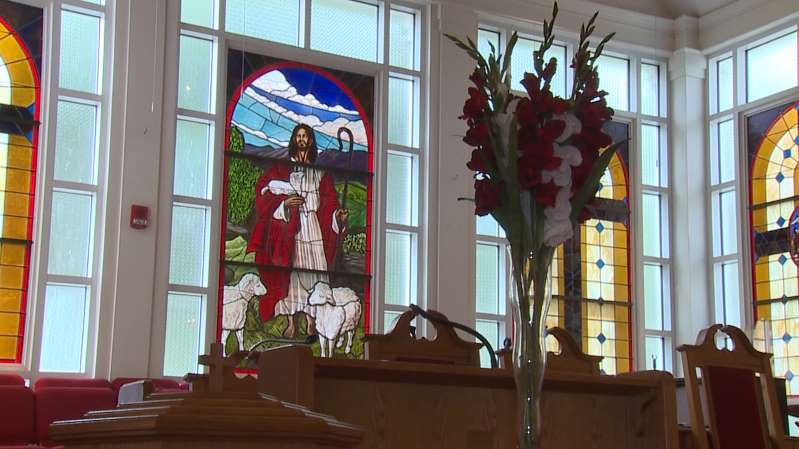