After weeks of defending President Trump in the Stormy Daniels saga, Rudy Giuliani has found himself in a sex scandal of his own.

Giuliani's estranged wife, Judith, has gone public with her claim that he had an affair with New Hampshire hospital administrator Maria Ryan.

Video provided by Inside Edition by WMUR-TV shows Ryan with the former New York City mayor in March as he visited the small private medical facility she runs, Cottage Hospital, located in the town of Woodsville.

Giuliani, who joined Trump’s legal team in April, has claimed he was only at the hospital to learn about its cybersecurity program, but a published report claim that was made up to mask a romantic get-together with Ryan, who at 53 is 20 years younger than Giuliani.

Following the hospital visit, the man once dubbed "America’s Mayor" and Ryan were reportedly seen at the 5-star Mountain View Grand Resort and Spa, where Giuliani was staying in a $524 a night suite.

"She is a friend of mine... And a very, very fine woman," he was quoted as saying. "I never spent the night with her. There's no proof. There can't be because we never did anything."

Five days after his New Hampshire excursion, Giuliani’s third wife, Judith, who lives on Manhattan’s Upper East Side, filed for divorce. They've been married for 15 years and she is said to be livid.

"My husband's denial of the affair with the married Mrs. Ryan is as false as his claim that we were separated when he took up with her," she said in a statement

It has been revealed that Ryan accompanied Giuliani during that Israeli trip, as Inside Edition has acquired a photo of the duo visiting a hospital in Jerusalem.

The hospital even sent out a press release about the visit where they called Ryan "his partner." 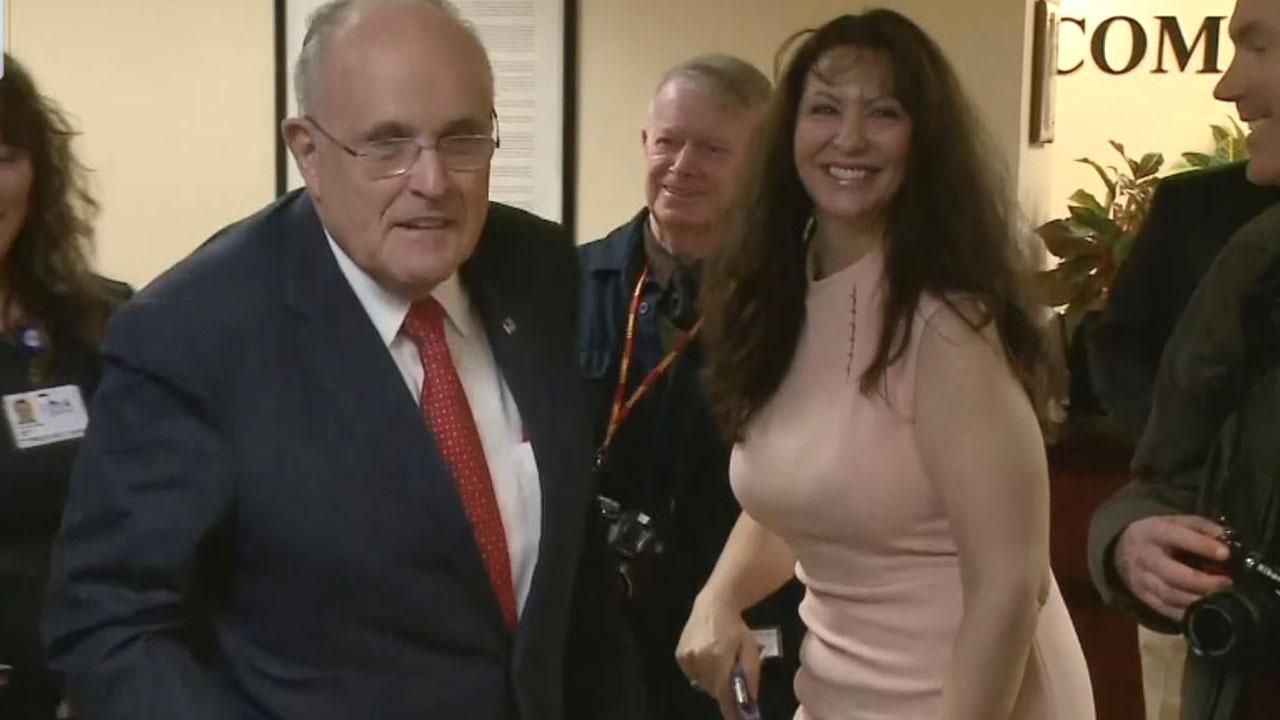