A Guinness World Records official was on hand Thursday to certify the record — 1,500 pink flamingos — which were set up to celebrate the 150th anniversary of Buffalo’s Olmsted Parks system.

The previous record for the pink, plastic lawn ornaments was held by Pledge the Pink of Callawassie Island, South Carolina, which lined up 1,058 flamingos in 2016.

Buffalo residents were invited to adopt the lawn ornaments and display them at home. 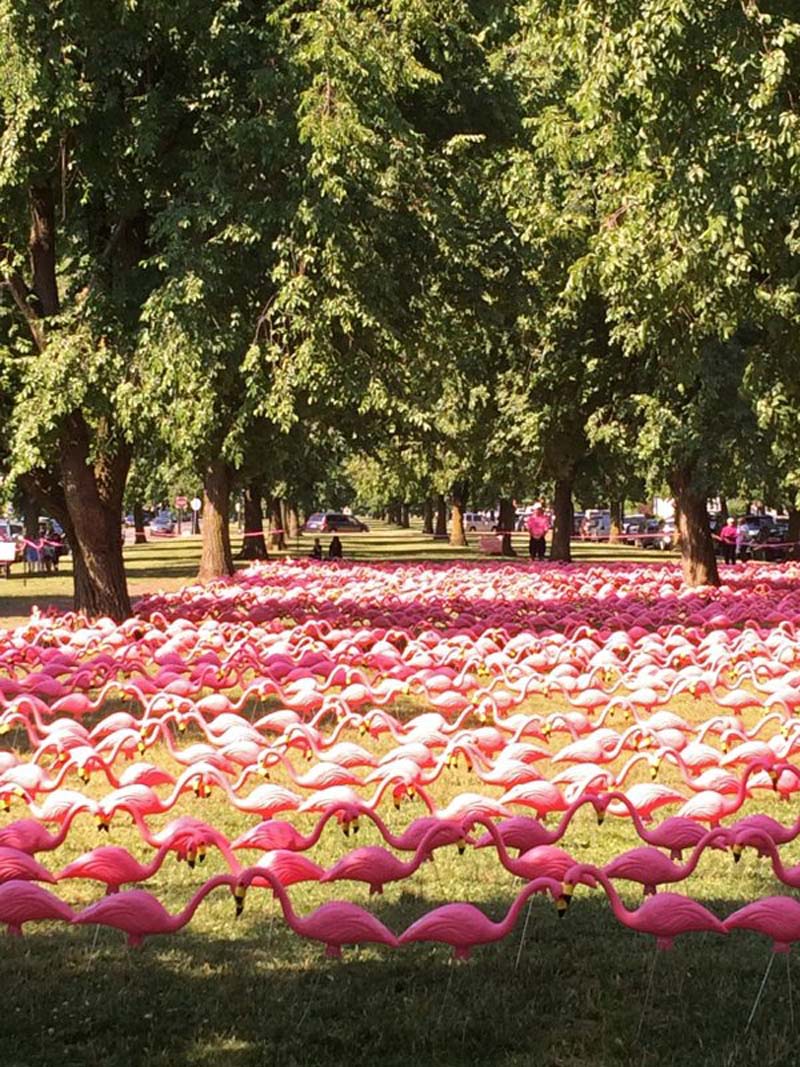