This June 20, 2018 photo released by the Massachusetts State Police shows an ...

Associated Press
SPRINGFIELD, Mass
A driver is becoming famous in Massachusetts for an unlikely skill — being pulled over for uncovered cargo.

The unnamed driver has been pulled over twice in the past week and given citations. The latter stop happened Monday in Chicopee for what looks like an overgrown Chia Pet growing out of the back of a red pickup truck. The truck bed was piled high with leafy branches.

State police initially pulled the man over off Interstate 91 on June 20 in Springfield for carrying an uncovered array of chairs and shelves.

Chicopee police say the man was stopped for an unsecured load, obstructed tail lights and obstructed plate, and labeled the photo on Facebook, “from the files of some just do not get it.”

Social media posts by police and media outlets have earned hundreds of shares and comments. 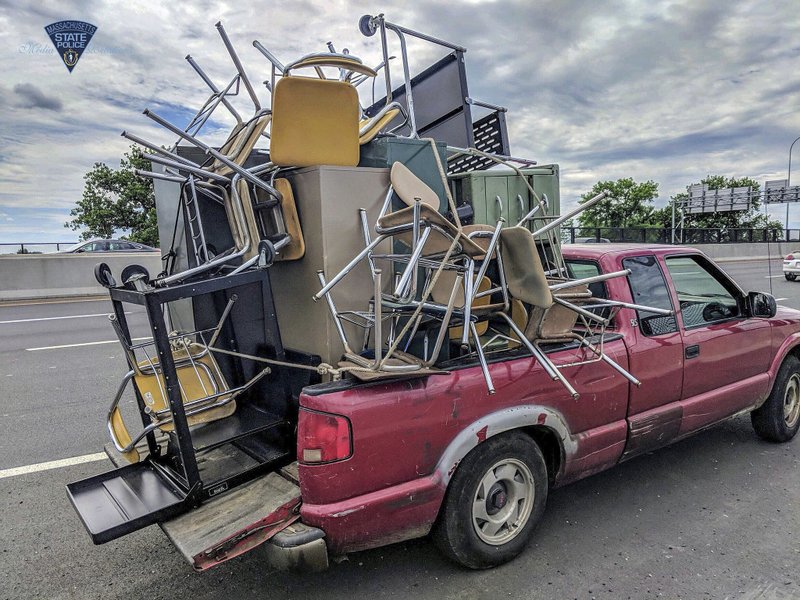