At no point, do the women show an honest portrayal of lust, and in all of them, they hanker around for the men's attention. By Adrija Bo...

At no point, do the women show an honest portrayal of lust, and in all of them, they hanker around for the men's attention. 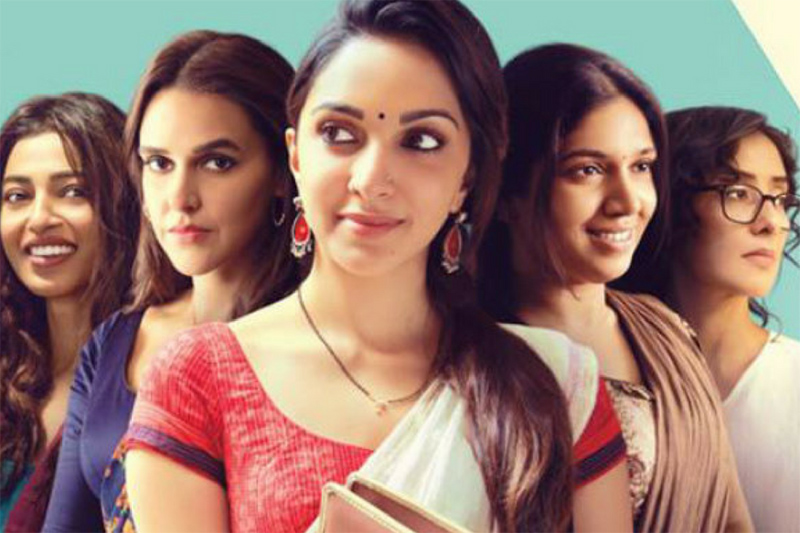 While scribbling on my friend's scrapbook days before we left for high school, I stumbled upon one question: 'If you were to be a sin, what would you be?' I thought about it for exactly 10 seconds before writing in bold letters, 'LUST'.

I had read too many Mill & Boons by then and was the only girl in the class who apparently had the answers to all sex-related questions of my 15-year-old classmates. I didn't quite know what exactly this act of sex involves other than what we were (very reluctantly) taught in our Biology class, but the books hidden inside my Chemistry book had made me feel there's something exciting involved in it. I was told the word for it is-- lust. And that it's a sin.

For the last two weeks, everyone around me went around recommending Netflix's latest anthology - 'Lust Stories'. The reviews commented on how this fascinating set of stories directed by our finest directors Anurag Kashyap, Zoya Akhtar, Dibakar Banerjee and Karan Johar have empowered women through their tales of lust.

All the stories are about sexually active women and we see sex that involves humans (Yes, the real one and not the one with flowers). The woman is the main character in all the stories--and the narrative is from their point of view. Perhaps for the first time in Indian television, an entire anthology is dedicated to sex--a subject that our country is still quite afraid of. The best part of it was that it was not censored, there was no Censor Board involved-- no protests and no one complained of losing 'sanskar'.

And despite all of this, I was quite disappointed. Although the stories are supposed to be about the woman's sin-- lust, in none of them do we actually sense it. The stories that begin with lust end with turning the woman into pretty much powerless.

In the first film by Anurag Kashyap, Radhika Apte as Kalindi plays the role of a college professor who is in a long-distance marriage and forms a sexual relationship with her student Tejas. She holds the power in the sexual relationship. She decides when she wants to teach her student about sex, she decides that he shouldn't fall in love with her-- there's no doubt that she gets to call the shots.

Again, something that we are perhaps not used to watching on Indian television or even witnessing in reality too often. However, by the end of Kashyap's story, Kalindi has turned into an obsessive woman, stalking her student, turning up at his home and ruining his dates. Apte's acting is electrifying, to say the least. But, the times when she starts talking about women and sexual freedom, she almost sounds like a maniac. She sounds like a hypocrite who believes in sexual freedom, but at the same time barging into her student's house and going through his stuff all because she's jealous. In the end, Kalindi is no longer in control.

The short by Zoya Akhtar starts off with a very loud sex scene, it involves slapping and spanking. Though Sudha (Bhumi Pednekar) is a domestic help working in Ajit’s (Neil Bhoopalam) bachelor pad, the power dynamic is quite the opposite in bed. When Ajit’s parents from Meerut come calling one day and arrange his match with a friend’s daughter, Sudha stays silent and quietly makes tea. The short doesn't have too many dialogues and Pednekar's emotions speak volumes. Her world comes crumbling down when she realises that her 'relationship' with Ajit is not real. You can see her anger, her despair, her agony--everything in Pednekar's expression, but hey, where was the lust here? This was more to do with Ajit's lust, than hers. Sudha, who called the shots in bed, finally turns into a silent observer, and all she can do is eat the celebratory sweets.

In Dibakar Banerjee’s short, Reena (Manisha Koirala) is trapped in an unhappy marriage with Salman (Sanjay Kapoor) and is having an affair with her college friend Sudhir (Jaideep Ahlawat), who also happens to be her husband's friend. Now while Reena doesn't seem to have much say in her marriage, she finally decides to have it her way. She tells her husband about the affair. The husband wants to brush it aside and asks her not to tell Sudhir that he's aware of it. In a way, pretty much accepting the fate of his relationship with his wife and realising that he has no control over her.

But Reena plays quite a manipulative character and makes sure both the men know about it. Perhaps, this was her way to find freedom. But throughout the short, you constantly wonder if Reena is doing all of this for lust or just because she's enjoying this game. Moreover, it did not end with Renna talking to the two of them together--her truth came with a layer of lie when she told her husband that Sudhir wasn't aware that they have had the conversation. When Reena sits in the car, smiling with a sense of satisfaction, you keep wondering if she doesn't realise that she's still the puppet here, playing in the hands of both the men, because they want to brush aside the uncomfortable truth. And yet again, if there was any lust involved, I totally missed it.

Megha (Kiara Advani), the star of Karan Johar's short, was the only woman who probably showed what lust looks like. But in the end, she had the fate of all the other women. While she explains to her husband, Paras (Vicky Kaushal), that women's pleasure is not sin, but it doesn't seem like anything would change-- the husband would perhaps still be focussed on himself and won't last more than five seconds in bed.

Megha, who blames her all-girls school for no sexual experience gets married to Paras (who also claims to have no sexual experience, and he's not far from truth). Realising that her husband will never think about her pleasure, she decides to take the matter in her own hands. She brings home her colleague Rekha’s (Neha Dhupia) vibrator to rescue herself from her misery. It works, but it unwittingly happens in front of her husband and her mother-in-law while Lata Mangeshkar sings in the background. In the entire two hour show, this is the only honest moment that comes close to reflecting lust.

'Lust Stories' is not bad, they are ordinary stories with some great acting. But it left me disappointed because it is made in 2018. If this was made five years ago, it deserved accolades. But hasn't the conversation around women's sexuality and the power dynamics gone far ahead? At no point, do these women show an honest portrayal of lust, and in all of them, they hanker around for the men's attention. There's no heart racing moment, and it definitely isn't about empowerment. There's nothing about 'Lust Stories' that stays with you.