© Provided by Fox News Thomas Robert Duboyce said it was a "nice surprise" to see Officer Robert Hunt, who helped deliver him, l...

Eighteen years after Thomas Robert Duboyce’s birth on the side of a highway in Maryland, the Montgomery County police officer who helped deliver him is still by his side.

Robert Hunt was there for another big moment in the teen’s life Friday when he graduated from Oakdale High School.

“Before the ceremony, they had us all gather in the gymnasium at Mount St. Mary's and one of my teachers came up to me and said someone who hasn't seen you in 18 years is here and he says he wants to see you,” Duboyce told Fox 5 DC. “I had no idea he was going to be there. But as soon as I walked out and saw him, I recognized him from pictures and everything. So it was a nice surprise seeing him there.”

Hunt, a 24-year veteran officer, said the day he helped deliver Duboyce was “probably the best thing that has happened to me in my career.”

“The husband, Joe, he gets out and he [says] my wife is in labor and I don't know what to do and kind of frantic,” Hunt told Fox 5 DC. “I grabbed a pair of gloves and I went around and she was in labor.”

The baby was born with the umbilicial cord wrapped around his neck, but the mother, Melissa Deboyce, said Hunt helped deliver the baby “really smoothly.” She went on to give the child the middle name Robert as a tribute to the officer.

“He did everything and the next thing I knew, we were on our way to the hospital and he was doing great,” she said.

Melissa Duboyce told the station that the family and Hunt had kept in touch through Christmas cards, but him showing up Friday was special.

“My husband passed away in August and it has been a really hard year and this was a really nice surprise,” she said. “So this is really a blessing and I am thankful for [Hunt] and his wife.” 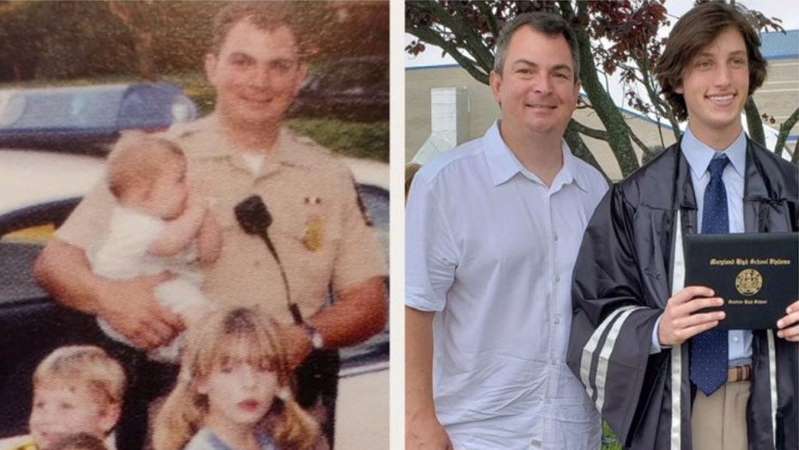