© Provided by Vibe By Latifah Muhamma d, Vibe Amariyanna Copeny is determined to provide clean water for the residents of Flint, Mich. Follo...

By Latifah Muhammad, Vibe
Amariyanna Copeny is determined to provide clean water for the residents of Flint, Mich.

Following Michigan Gov. Rick Snyder’s decision to end a state-funded free bottled water program, the 10-year-old activist, known as “Little Miss Flint,” teamed with Michigan-based charity Pack Your Back, to raise money to provide over 200,000 bottles of water for residents of the midwest city, which is still grappling through a water crisis.

The Little Miss Flint & PYB Water Drive, a monthlong crowdfunding effort launched through Go Fund Me, has already collected nearly $43,000 of the $50,000 goal, while continuing to highlight the four-year water crisis that has vanished from daily headlines.

Every dollar donated will pay for 11 bottles of water, while any additional money raised through the effort will cover summer programs for children in Flint. Mari has helped distribute 135,000 bottles so far.

Mari has spearheaded several charitable endeavors to help victims of the public health calamity which erupted in 2014 after Flint switched its water supply to the Flint River. Pack Your Back, a non-profit organization founded in 2016 by Central Michigan University student Galen Miller, is doing its part by providing backpacks and school supplies for underprivileged students in Flint and beyond.

In April, Gov. Snyder announced that the state would stop providing bottled water to residents, citing that testing showed a decline in hazardous levels of lead in Flint’s water supply. Days after the announcement, Flint Mayor Karen Weaver met with Snyder to make a case for why residents should continue to receive free water, though the conversation did not go very well. Weaver has since revealed that the city plans to sue the state of Michigan for ending the bottled water program.

Although steps are being made to fix the water catastrophe, the progress has been slow. Last year, W.T. Stevens, a black-owned company led by Flint native Rhonda Grayer, was hired to replace at least 18,000 corroded water pipes. The project is expected to be completed by 2020. 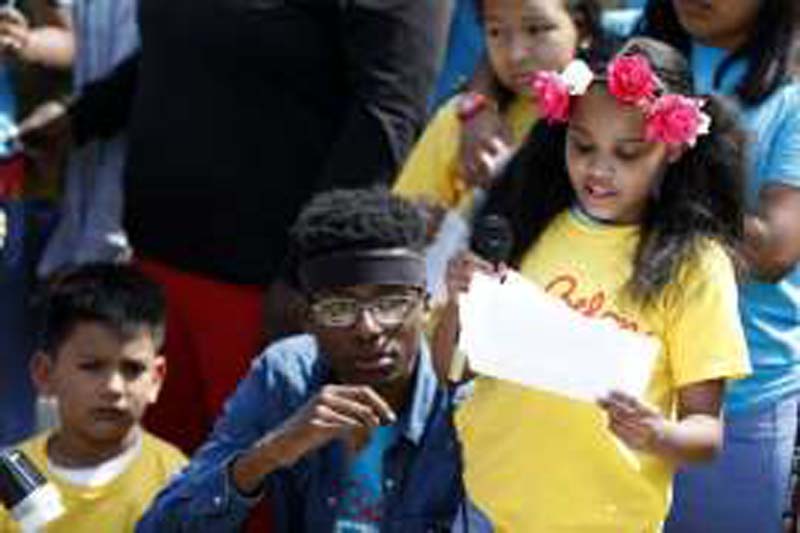