© Provided by AFP Mohammed Alaa al-Jaleel holds a feline patient on her back as an ultrasound probe is rolled across her pregnant… By Omar...

At an unlikely cat shelter in rebel-held northern Syria, Mohammed Alaa al-Jaleel gently holds a feline patient on her back as an ultrasound probe is rolled across her pregnant belly.

In a time of war, she is one of hundreds to have received medical attention at the makeshift animal clinic in Kafr Naha, an opposition-held town in Aleppo province.

"If you want to show mercy to people, start by showing mercy to everything else," says Jaleel, who runs Ernesto's Cat Sanctuary -- named after his favourite furry friend.

The 43-year-old, who grew up in Syria's second city Aleppo, has been mad about cats since he was a boy.

As a young adult in the city, he would drop by the butchers on his way home from work as an electrician to ask for scraps to feed street cats in his neighbourhood.

When war broke out in 2011, he put down his tools to become an ambulance driver to help ferry the wounded -- but never stopped bringing food to his feline friends.

As the war raged on and cat lovers fled the city, Jaleel was left with 170 cats to feed and a new nickname: the Cat Man of Aleppo.

With the help of donations from friends and social media fans, he set up his first cat sanctuary in the city.

But in late 2016, the regime ramped up its deadly bombardment of Aleppo's opposition-held neighbourhoods as it sought to regain control of the whole city.

Determined not to leave them behind, he and fellow feline fans managed to save 22 of the city's cats.

"We gave each family two cats in a plastic vegetable basket," Jaleel says.

Among them was Sukhoi, named after the stealth fighter jets of regime ally Russia.

"He would zip in and grab food from right under the noses of the other cats, just like a Sukhoi jet," he tells AFP.

Syria's war has killed more than 350,000 people and displaced more than half its pre-war human population, as well as many of its domestic animals. 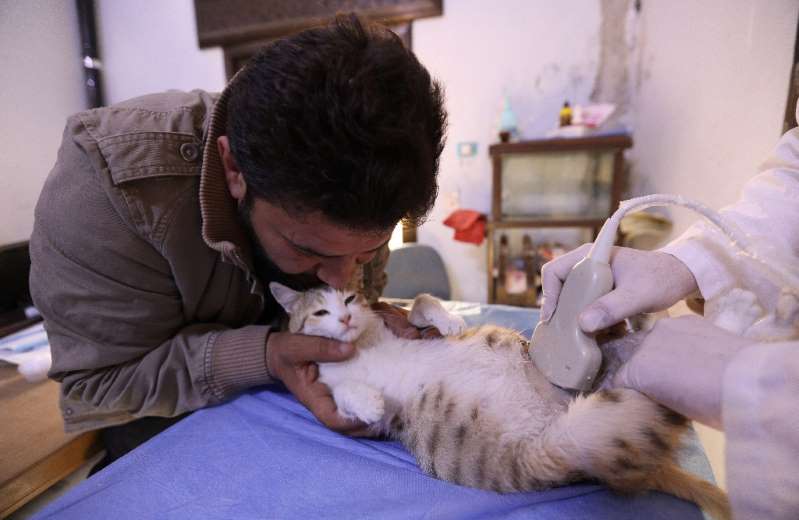