The bottle of orange juice cost $5 at ShopRite, but Tayeb Souami’s wife had found the same brand on sale for $2.50 elsewhere. Yes, it was only 250 pennies, but every one of them mattered to a family that had just refinanced its home and had a daughter headed to college.

So on May 19, Souami dutifully trudged back to the store in Hackensack, N.J. —  OJ and receipt in hand.

But at the customer service counter, he saw a sign for the Powerball jackpot, which had ballooned to $306 million at that point, according to video of Souami’s news conference posted by CBS New York. He liked the number and was feeling lucky, so he purchased two tickets using the money he got from the returned orange juice and mostly forgot about the lottery for the rest of the day.

The next morning, it was more errands. Souami, 55, had some work to do in the yard, but he also wanted to get his car washed while his wife stayed at their home in Little Ferry, preparing meals for the week.

But on the way to the carwash, he stepped into a 7-Eleven convenience store to check the tickets.

“I scanned the first ticket. It wasn’t a winner. And the second ticket it was good, but always I see $2, $4, but that day I see, ‘Must be seen by the retailer.’ I scan it again and it [said the same thing].  And I say to the lady, I hand it to the lady and I say ‘Can you check? I think your machine is not working.’

Souami said the clerk scanned the ticket and said, “Oh, my God!”

“My heart, it was just beating beating, beating,” he told reporters. “And she kept saying, ‘Oh, my God. Oh, my God.’ It’s like when you see a “Tom and Jerry” cartoon: The heart goes boom boom boom boom.”

Souami, a father of two who immigrated from an undisclosed country in Africa in 1996, had purchased the sole winning ticket. The winning numbers were 3, 6, 9, 17, 56 and the Powerball 25, according to NewJersey.com. His odds of winning were one in 292.2 million. He described himself as an occasional lottery player, more likely to play when the prize reaches a high amount.

After learning he was a winner, he spent the next three weeks planning the rest of his life.

Souami, who until very recently was an accountant for a food importing company, said he wanted to make sure the 200 people he works with would be okay before he quit.

The father of two decided to take the $183 million cash payout and remain in his New Jersey home town. He’ll pay off his recently refinanced home, pay for his daughter’s college tuition and pay off his own college loans.

And perhaps he’ll toast with his new favorite drink. 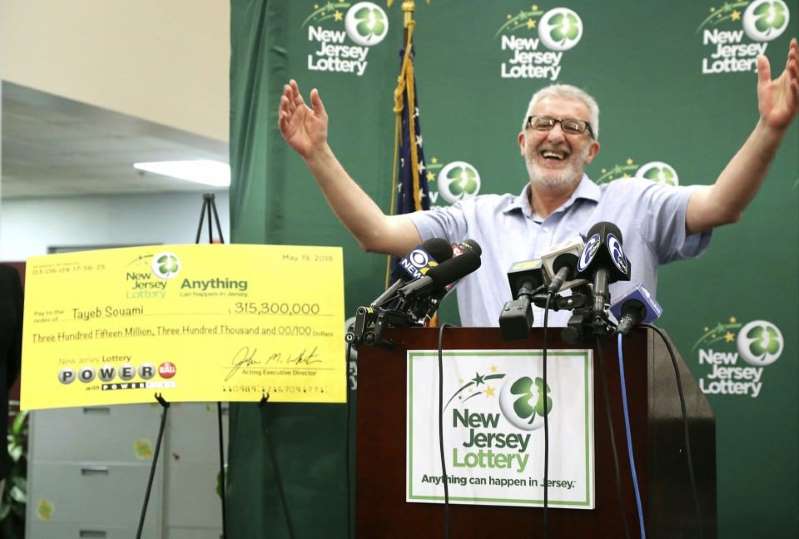