One young woman is trying to save lives by making sure lake-goers have everything they need before hitting the water.

Keaton Maring thought it was weird her friend didn’t have a life jackets as they prepared for a trip to Lake Havasu in Arizona.

Colorado law requires kids under the age of 13 to have a life vest on while on the deck of a boat.

“Drowning is so preventable. Like putting on a seatbelt, you just put a lifejacket on and you’re good to go. It’s really that simple,” Maring said.

So, the idea was born to set up a lifejacket loaner station at the lake closest to her house. Maring worked with the City of Westminster to install a lifejacket library near the loading dock at Standley Lake.

Maring completed it in April as part of her Girl Scouts Golden Award. Since April, more jackets have shown up on the hooks at the station.

“I’m glad people are joining and donating their life jackets. This is our start and hopefully it will grow to become adults and pets,” Maring said.

She hopes to get similar loaner stations at other lakes in the Denver area soon. 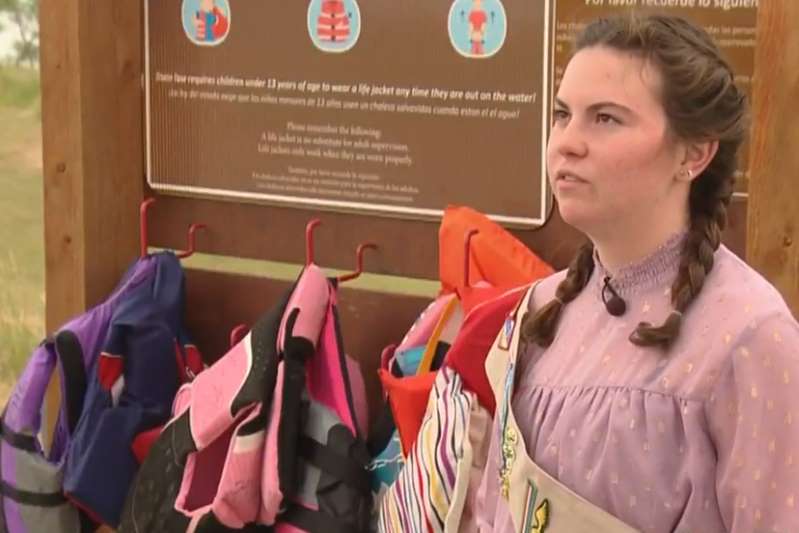