From West Baltimore to MIT: 'I think I am just transitioning out of survival mode'

Just days before she was to receive her bachelor’s degree from Virginia Union University, a young woman raised in West Baltimore’s roughest neighborhoods was asked to a meeting of the school’s Board of Trustees. In a surprise announcement, the university’s president offered her a job.

Corshai Williams, 22, doesn’t yet have a doctorate. But the university’s president, Hakim J. Lucas, said he wants to hire more black women scientists like Williams, so he took the unusual step last month of asking her to come back as an assistant professor of chemistry whenever she finishes her doctorate.

She recalled the moment recently in the living room of her adopted home in Randallstown, with an a radiant grin and awkward giggle that expressed just how little she’d expected while growing up to have the promising life that is unfolding before her.

“It was very humbling,” she said.

Williams will take her next step in the fall, when she begins graduate studies in chemistry at the Massachusetts Institute of Technology.

Like so many other children who grow up in areas of intense poverty and crime, Williams spent most of her life in a struggle to survive.

She left her mother’s house at age 12 because she often was forced to miss school to care for younger siblings, moving in with a favorite aunt in an apartment near McCulloh Street and North Avenue. She found part-time work to help pay the rent.

With the help of her teachers and guidance counselor at Booker T. Washington Middle School, she applied to and got into Western High School, one of the city’s top schools and a place she had seen as an all-girls sanctuary.

But when she got there she quickly realized how difficult it would be to navigate the expectations of high school. She felt she was going to drown unless someone helped her.

So she started turning up at her former middle school nearly every day, asking the office staff if they could help her find her old counselor, Anna Smith, who’d moved to another school. Williams believed Smith would be the influence she needed, delivering both tough love when she felt like giving up and gentleness when things were crumbling.

“I picked her up and we talked in the car for two hours,” said Smith, who agreed to offer advice.

Williams did the best she could in high school, but she was far from a star. In her senior year, there were times when she was flunking English.

“I wasn’t sure I would get into college,” she said. “I applied with a 2.6” grade-point average.

Western’s adviser for its College Bound program stepped in.

“She was driven. She was ambitious, a go-getter,” said Nakia Green, the adviser. “The transcripts may not speak to your true capabilities.”

When a few college acceptances came, Williams decided her best option was to leave Baltimore. She chose Virginia Union in Richmond because it offered a $2,000 scholarship. Williams said she was naive enough to think that was a lot of money for college.

When she got to college and had a stable environment, she began to thrive.

Williams began stopping by the office of Carleitta Paige-Anderson, an associate professor of biochemistry. Paige-Anderson had done post-doctoral research at the Johns Hopkins University and appreciated where Williams had come from.

Virginia Union created a circle of support around Williams, understanding that she didn’t have a traditional family that was supporting her, Paige-Anderson said.

“She has been able to leverage that circle of support,” Paige Anderson said. “Not every student knows how to leverage those resources.”

Williams decided to become a resident assistant in a dorm so that she could stay on campus during holidays when she might not have a place to go. Sometimes, she would go to Smith’s house; at other times, she would stay with a friend in Richmond.

She searched for summer internships that included housing. Last summer, she was able to get one at MIT.

She was anxious when she went to Cambridge, Mass., even knowing she was one of 20 students chosen out of dozens of applicants.

“You are a little black girl from West Baltimore. You don’t belong here,” she thought to herself.

But quickly, she found the group was warm and the professors encouraging. They played Frisbee and went to a Red Sox game. And she found she loved the research.

She said she was encouraged to apply to graduate school at MIT, but she thought, “Who for the life of them thinks they are getting into MIT?”

But she did — and with a full scholarship.

“Corshai is an example of the talent and drive that so many of our city students possess,” said Cassie Motz, executive director of the College Bound Foundation, which helps Baltimore City public school students pursue education after high school. “They need adults to help guide them to college and beyond.”

Lucas, the Virginia Union president, said he wanted to offer Williams the assistant professorship because he believes she would be a powerful teacher and mentor to students like herself.

“She is ambitious but she is also patient. She is extremely articulate,” he said.

Williams was also the first student from Virginia Union to become a Rhodes Scholar finalist, according to the school.

Williams said she is just beginning to imagine a future where she doesn’t have to struggle.

“I think I am just transitioning out of survival mode,” she said. 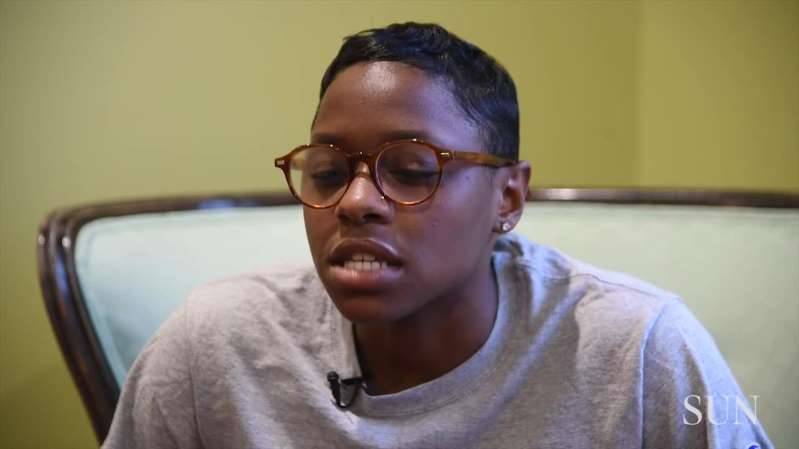