© Provided by Hearst Television, Inc. From WCVB Boston A Massachusetts woman is running from Boston to upstate New York for a cause that’s ...

A Massachusetts woman is running from Boston to upstate New York for a cause that’s close to her heart.

Three years ago, Davina McNaney ran more than 400 miles from Michigan to New York. Now, the 45-year-old mother of two is about to embark on another journey.

“Four states -- it's a challenge, and I think that's what motivates me and motivates people to donate to the cause,” Davina McNaney said.

Davina McNaney is a breast cancer survivor. She was diagnosed after her very first mammogram in 2012. She’s running to raise money for the Breast Cancer Research Foundation.

“I’m stronger because of it, and I came back very strong. So this is what I can do to show my gratitude and to highlight the fact that you need to go in and get your mammogram,” she said.

During the next 12 days, she'll run 36 miles a day. Her husband will follow along in their van and on his bike.

“To make sure traffic sees her, first of all, but then just to have bars and energy drinks, whatever she needs to get through it,” Steve McNaney said.

The couple will finish in their hometown of Sodus Point, New York.

“I run in at 1 p.m. on the third of July, and I get to ride in the classic car parade in a convertible, so that's motivation,” Davina McNaney said.

"I hope that me being steadfast will encourage people to donate and see what an amazing job that Beast Cancer Research Foundation does,” she said. 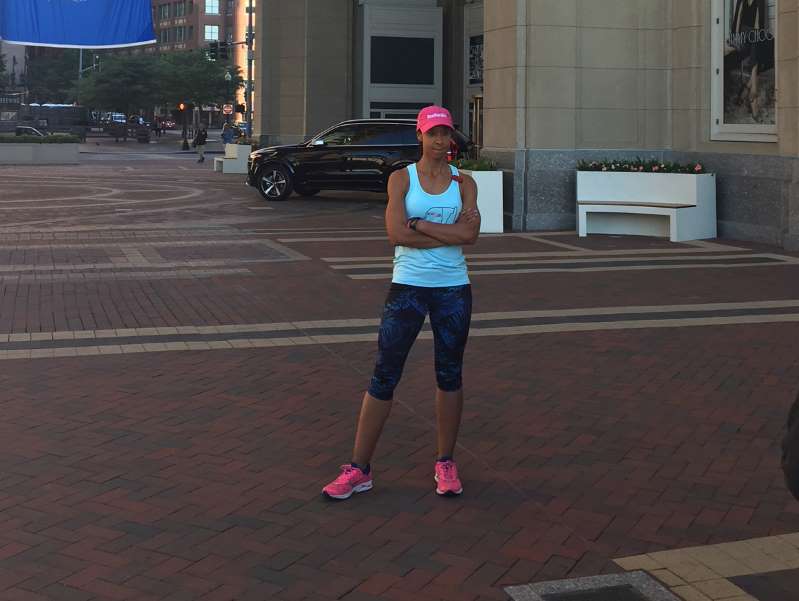