Two bobcat kittens taken in by a Texas woman who says she thought they were domestic cats have died from feline parvovirus. By Hilary Hanson...

Two bobcat kittens have died after a Texas woman said she thought they were domestic kittens and took them into her home earlier this month.

“We are saddened by this tragedy but must take this important opportunity to repeat the message that wild animals should be left alone and only belong in the wild,” Wildlife Rescue and Rehabilitation, Inc. said in a Thursday Facebook post announcing the deaths. The group had been caring for the bobcats after the family surrendered them to authorities.

Earlier this month, the kittens made headlines after San Antonio woman Jane Dinscore told city animal care workers that she found the felines in an alleyway and was attempting to rescue them, thinking they were domestic cats. However, she later changed her story, telling local media that her brother actually found them on his property in rural Atascosa County.

In both versions, Dinscore maintained she always initially believed the kittens were domestic cats. She contacted San Antonio’s Animal Care Services, she said, after the kittens started behaving aggressively, biting her and her family and ripping up milk bottles. It was then that animal care workers determined they were actually wild bobcats.

Dinscore received a criminal citation on May 15, local news station KSAT 12 reported. It was not immediately clear what the specific citation against her was.

Mason Payne, a veterinarian for the wildlife rehab group, told KSAT 12 that the kittens died from feline parvovirus. The virus causes feline panleukopenia, a serious and highly contagious disease that can cause a wide range of symptoms, including vomiting, dehydration, fever and neurological symptoms.
Payne said it’s possible that the kittens were taken from their mother too early, increasing their susceptibility to the illness.

“Because of their history and how they came to WRR, it is impossible to know whether the bobcats received proper immunity from their mother’s colostrum ― the first milk produced by the mother ― which would have transferred antibodies to the two kittens,” he said.

On Facebook, WRR also noted that the experience of being separated from their mother and natural habitat would have likely put stress on their immune systems.

The group had previously hoped to rehabilitate the cats and release them into a protected area. 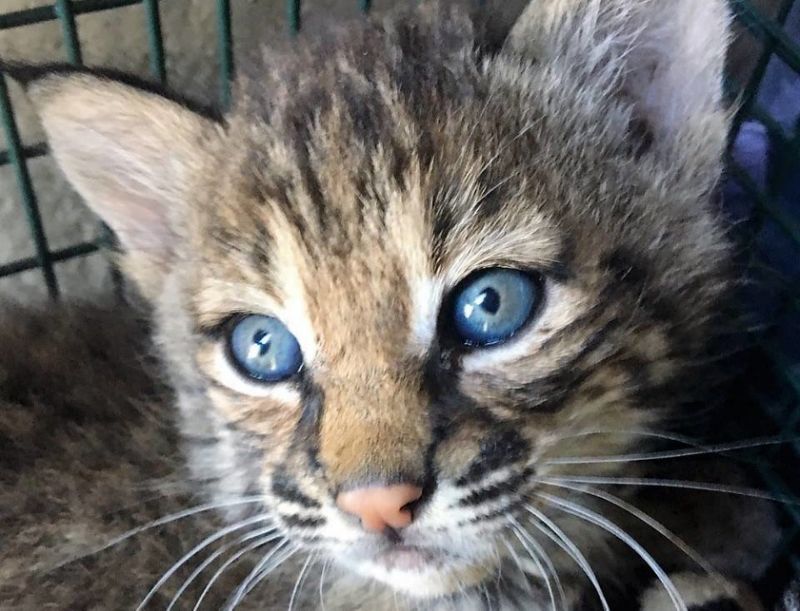