Bizarre: This man feels cold in summers, sweats during winters

By Daily News Staff A normal person needs woollen clothes to brave the bone-chilling cold in December and January, but Santram walks around ... 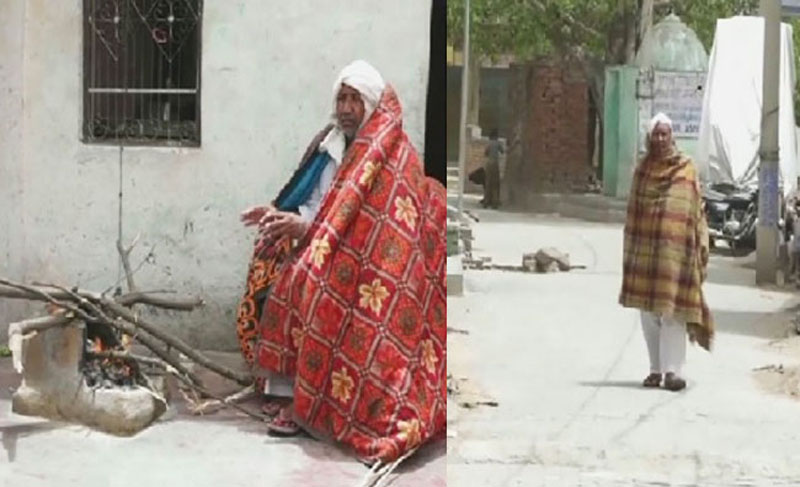 A normal person needs woollen clothes to brave the bone-chilling cold in December and January, but Santram walks around sporting a kurta-pyjama and bathes using ice cold water. He lies down on ice slabs for several hours to protect himself from the weather.

In summer, this 60-year-old resident of Deroli Ahir village wears woollen clothes and uses a thick blanket to keep his body warm. He sits near a bonfire to brave the weather in May, June and July. This is the bizarre health condition of Santram. He has been facing this condition since childhood, but has never fallen ill.

Dr Ashok Kumar, Deputy Civil Surgeon, Narnaul, said Santram had come to the hospital some years ago for treatment and was advised to visit the PGIMS, Rohtak, for further treatment as his was a rare ailment.

"It may be a disorder concerning the hypothalamus, the part of the brain that controls thermoregulation. This process allows the human body to maintain its core internal temperature," he said.

The Mahendragarh district administration honoured Santram during the Independence Day function last year for lying down on an ice slab for over two hours during winter. He has four brothers and four sons, but none of them have this health condition.

"My father came to know about my health condition when I felt very cold during school hours in summer. He took me to Jaipur for treatment, but doctors failed to identify the disease. I started wearing warm clothes and a woollen cap to protect myself," said Santram.

He added that it later became routine for him to sport warm clothes in summer and walk around in kurta pyjama in winter.

Residing in the Prajapati locality of the village, he claimed he had to use ice slabs to remain comfortable when the temperature fell below 5 degree Celsius.

He had to sit near a bonfire when the temperature crossed the mark of 40 degree Celsius, he pointed out. This bizarre condition had adversely affected his work, he added.

"I am unable to work during the peak of winter and summer. My family pays extra for ice slabs in winter and wood for bonfire in summer to keep me in good health. I have to bathe three or four times in winter," he said.


Santram further said media teams from London and South Africa had visited the village to make a documentary on his condition.

"Initially, I had to face a lot of problems in adjusting with him. But now, I am habitual of his health condition," said his wife Bimla. She said she had to take extra care of her husband during the peak of summer and winter.

His younger brother Sarjeet said Santram had been struggling to make both ends meet due to his health condition. The government should provide him financial aid so that he could live comfortably, he added.