By Alison Bevege, Reuters SYDNEY More than 11,000 Australians who rushed for the chance to strip for American photographer Spencer Tunick wi... 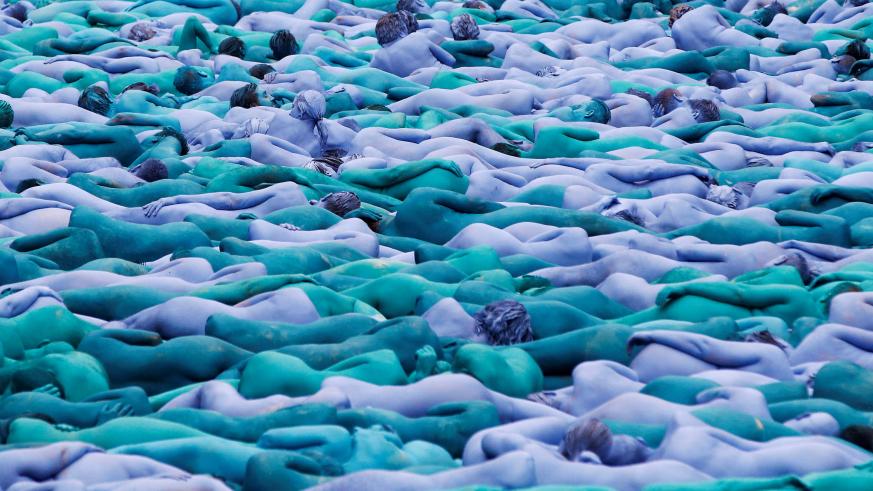 More than 11,000 Australians who rushed for the chance to strip for American photographer Spencer Tunick will soon wear only smiles after a national supermarket chain changed its mind about allowing the shoot to go ahead on a suburban rooftop carpark.

"We're over the moon," John Lotton, director of the Provocare Festival of the Arts, told Reuters on Saturday.

Tunick has photographed thousands of nudes in group shots around the globe from Bogota to Vienna. But Australian retail giant Woolworths had refused to allow him access to a car park in the up-market suburb of Prahran, in the nation's second-largest city of Melbourne, as they feared it would inconvenience their customers.

Organizers of the Chapel Street Provocare arts festival had hoped Tunick's photo shoot would propel their event onto the world stage.

After festival organizers agreed to move the event from busy weekend trading hours to a quiet Monday morning, Woolworths shed its inhibitions to allow the event to go ahead on July 9.

"It's a good outcome," a Woolworths representative said in a statement emailed to Reuters.

Lotton said 11,000 people had registered to disrobe, with a week still left before entries close. Many were willing to travel thousands of miles for a chance to take part, he told Reuters from Melbourne.

It is not known exactly how many au naturel volunteers are needed or how Tunick will choose them, but Lotton said there will not be enough places for all that want to participate.

In 2007 in Mexico City, 18,000 people stripped off in the heart of the city's Zocalo Square for Tunick, an internationally renowned photographer from New York.

Volunteers have also posed naked in freezing temperatures on a Swiss glacier.