A Girl Scout wrote to companies with a heartfelt request. As a result, they cut down on millions of plastic straws.

Last fall, the CEO of San Francisco-based Dignity Health received an email out of the blue. It was from a 16-year-old Girl Scout named Shelby O’Neil.

With all due respect, she wrote, the company’s “Human Kindness” commercial had a glaring flaw: It depicted the casual use of a disposable plastic straw to blow out a birthday candle.

“Did you know that straws are one of the top ocean polluters?” she wrote. “Scientists are predicting by the year 2050 there will be more plastic in the ocean than fish if we don’t start making drastic changes with our plastic pollution. I’m urging you to stop using this specific commercial.”

Shelby, now 17, lives in San Juan Bautista, Calif., a small city 14 miles from the beach. Learning about the dangers of plastic pollution in the ocean spurred her to focus her Girl Scout Gold Award project, the organization’s highest honor, on trying to do something about it. Items such as plastic straws, stirrers and cup lids are too small to be recycled and are made to break down more quickly than other plastics, she said. “That may sound good, but unfortunately they get broken down into small micro plastic that can be consumed by animals like fish, and then we end up eating the fish,” she said.

Shelby started a nonprofit, Jr Ocean Guardians, to help educate lower-grade level children about plastic and recycling, and has hosted beach cleanups with schoolchildren. Then she decided to take her campaign to the grown-ups.

She identified several companies that use plastic straws, stirrers and cup lids, and wrote them letters.

Not all the letters she wrote got traction. A California-based burger chain told her it had no intention of ceasing to use plastic. But to her surprise, the CEO of Dignity got back to her personally. So did the president and CEO of Farmer Brothers coffee and the sustainability manager at Alaska Airlines. After being in touch with Shelby, all three companies decided to reduce or eliminate the use of the items she objected to.

Shelby’s letter to Dignity, which has 39 hospitals in California, Arizona and Nevada, spurred corporate meetings on the issue, said Mary Ellen Leciejewski, vice president of corporate responsibility there. “We looked at our operations and we discussed that not only could we reduce our straw usage but we could eliminate our plastic stirrers and lids as well,” she said. “We’ve always had a strong sustainability program and we had been doing other things, but this particular one hadn’t risen to the surface yet.”

Dignity halved its use of plastic straws, stirrers and cup lids from 8 million to 4 million per year. They are no longer available in its cafeterias but are still available for patients.

“The fact that a 16-year-old girl had taken the action to write the CEO” was a powerful incentive, Leciejewski said. “Maybe it was that it was a single person, one lone voice.”

“Between an upswing of people we work with and a groundswell of interest, there were a lot of influencers, and Shelby was certainly one of them,” Drumheller said, adding that the company’s CEO has a soft spot for the Boy Scouts and Girl Scouts of America. “She wrote a really compelling and persuasive letter. … She was really articulate in her writing and she laid out all the facts. … And she was persistent. A lot of people are passionate but they don’t follow up with it and try again and try to meet with you.”

Shelby said she also traveled to Seattle to meet with representatives from Starbucks and Costco to discuss their use of disposable plastic but has yet to hear back from them on making changes. These companies did not immediately answer queries about her campaign. She is also trying to persuade California lawmakers to adopt a “No-Straw November” resolution.

Why does Shelby think the companies listened to her?

She laughed. “I guess confidence?” she said. “I was never really scared of reaching out to companies, because someone needed to do it.” And, she said, she’s not the shy type. “If no one else is doing it, then I’ll do it.” 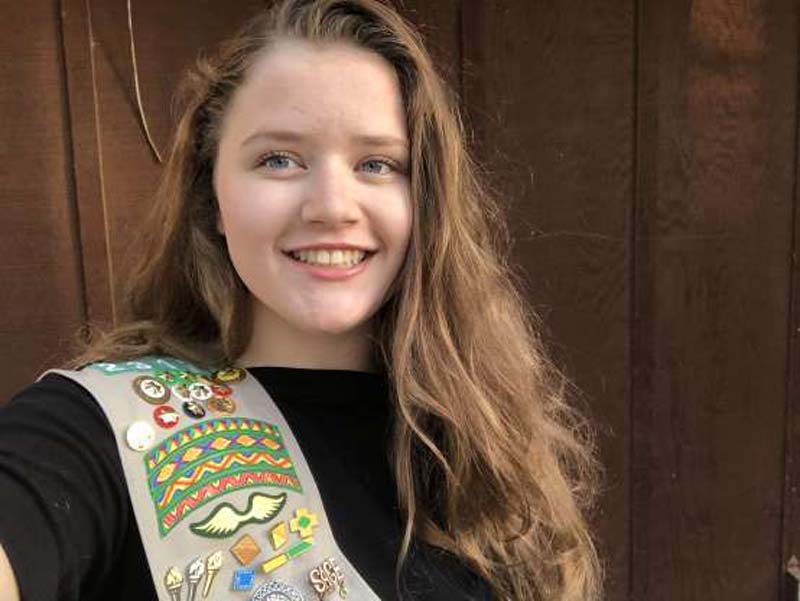