© WBZ TV roland-martineau-diploma-wbz-tv.jpg By Thomas Leavy , CBS News Roland Martineau is just another graduating senior, in a sense. A ...

Roland Martineau is just another graduating senior, in a sense.

A lot has happened to him since 1940. He dropped out of school and served in the U.S. Navy during World War II. He became a father, grandfather, great-grandfather and has a great-great-grandchild on the way. This past weekend, he proudly checked off a long overdue milestone.

"I graduated from high school," Martineau told CBS Boston. "Can't stand all this notoriety, though."

More than three quarters of a century later, Martineau joined the Class of 2018 and walked for his diploma to a standing ovation. He would have been in Leominster High School's Class of '42, but he was already married and serving as a "Seabee" in the Navy's Construction Battalion, Fox Boston reports. When he confided to his barber Donna Salvi that he regretted not getting his diploma, she got to work to get him to the stage.

"I'm very proud of him. It was emotional and it means a lot to him," his granddaughter Wendy Albert told CBS Boston. "He went into the military. He worked hard to put himself through trade school, welding school. He still loves to read and he's an amazing man."

He didn't make a big speech, but Martineau did share an important reminder from his experience with his fellow alumni.

"They should be grateful they were able to finish high school," Martineau said. "I wish them well." 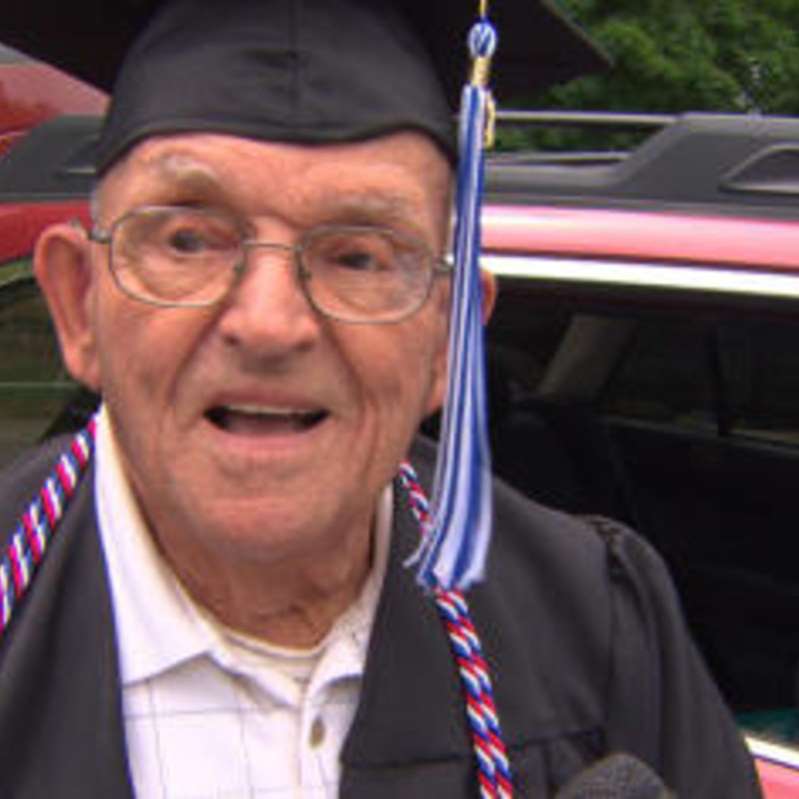