Lexi Gibson, 6, is comforted by her best friend, Addisyn, 8. By Deborah Hastings , Inside Edition Sometimes, life is so beautiful you just b...

Sometimes, life is so beautiful you just burst into tears.

Little Lexi Gibson, age 6, knows a thing or two about that. Watching her parents exchange their wedding vows, standing in the grass on a warm spring Iowa day, so filled the child with happiness she broke down sobbing.

Lexi's joyous cry fest was captured by wedding photographer Missie Lafrenze , and it wasn't until mom Jenni Gibson saw those images that she realized how hard her daughter was crying.

Jenni and her new husband, Tim, have been together for seven years. "We had broken up and gotten back together a few times," she said. "We had our rocky passages when we weren't together and were seeing other people."

Then they decided to stop all that fussing and fighting and just sign on for the duration. They were married on May 12, with their three children in attendance. Lexi, the middle child, has always been a sensitive soul, her mother said.

"She just kept hugging me and telling me how pretty I was," Jenni recalled. Later, when she saw the photos of Lexi having a big cry while the ceremony went on, she asked Lexi why she was crying so hard.

"It was just so beautiful, mom," she answered. And that's what she tells people about the day, Jenny says.

"My momma and daddy's wedding was just so beautiful."

That's just the way Lexi rolls. Always has been. Her emotions run deep. "Especially when people are sad or get hurt, she's like a mini-mom," her mother says. She's the first one there if someone gets hurt. Lexi is very, very caring."

But the wedding, and reception, was not all about tears.

"She had a great time," her mom said. "She had a blast. She was just dancing all around." 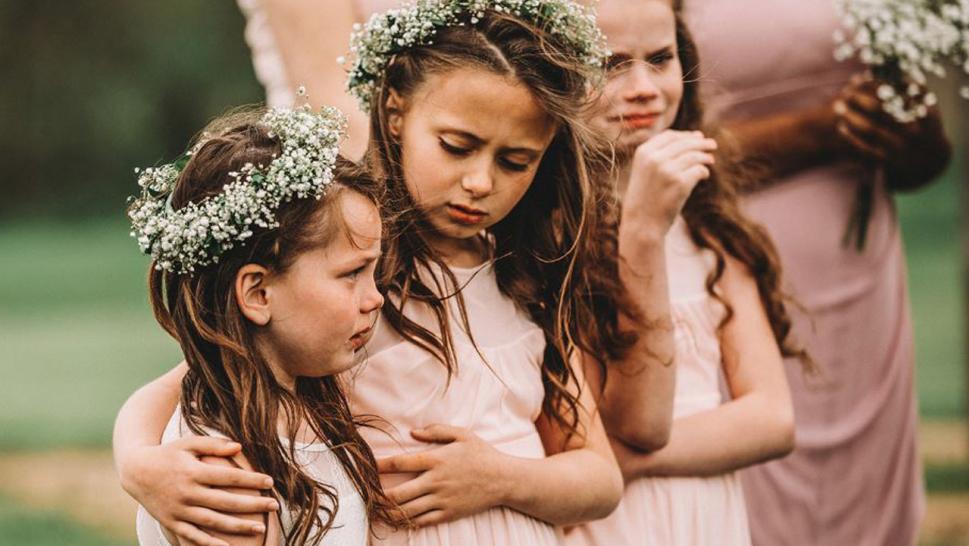