© Provided by CBS Interactive Inc. 2018 Kentucky Derby Form  CBS News An $18 bet paid off in a huge way for an Austin woman Saturday at R...

An $18 bet paid off in a huge way for an Austin woman Saturday at Retama Park race track in Selma, Texas.

Reid, who has been going to Retama for years with her friends, told the station, "It was an amazing feeling, yes, that you won a really big, like a really big ticket. A mini-lotto if you will."

Reid won a "pick five," in which you have to pick the winner of five races in a row. That fifth race happened to be the Kentucky Derby.

"It was a big ticket because it was a couple of long shots in the middle of it," said Reid.

Like many at the track, Reid did her homework to figure out her carefully-placed bet. "I understand the program and I can break down the races. It doesn't always work out, but sometimes it does," she said.
2018 Kentucky Derby

What will Reid do with her newfound wealth?

She says she'll treat herself to a vacation but also be smart about it.

"I'll invest some of it. Obviously. I have a young daughter that's going to be going to college in three years, so some of it will go there," Reid said. 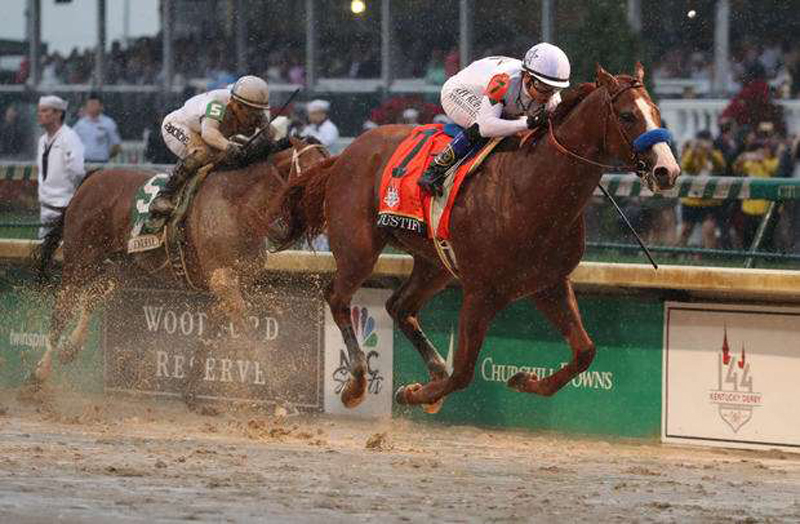