White woman accused of appropriating Maori culture with her chin tattoo: 'It's not acceptable' Sally Anderson has been accused o...

White woman accused of appropriating Maori culture with her chin tattoo: 'It's not acceptable'

A New Zealand life coach has been taken to task over her controversial face tattoo, which she has been accused of using to help boost her business.

Sally Anderson, who runs a firm called Evolved Leadership, had a traditional Maori “moko kauae” tattooed on her chin several years ago as a symbol of hardship after she was sexually assaulted as a teenager in the 1980s.

But after images of the tattoo surfaced on her business’s website, the life coach, whose husband is of Maori descent, was accused of appropriating the culture of New Zealand’s indigenous people for personal gain.

She reiterated the importance that Maori people place on face tattoos, saying it represents one’s family and tribe.

“The carvings that go on the face or head are also particularly sacred,” Dr. Lee-Penehira said. “It’s not acceptable. … You can only have it if you have a genealogy that is Maori.”

“It’s not hers to have, and not for [the tattoo artist] to have given away,” she wrote on Facebook.

However, not everyone held such disdain for Anderson’s inking.

Jale Uncu, the studio manager of Zealand Tattoo, told Australia’s SBS News that the backlash was not warranted.

“I would just say it’s a bit double-handed perhaps,” Uncu said. “I wouldn’t understand exactly why they would be getting upset about this particular individual when it’s so well spread internationally … all parts of the globe and all ethnic origins.”

Anderson has not spoken publicly about her tattoo. Yahoo7 News in Australia has contacted her and Evolved Leadership for comment. 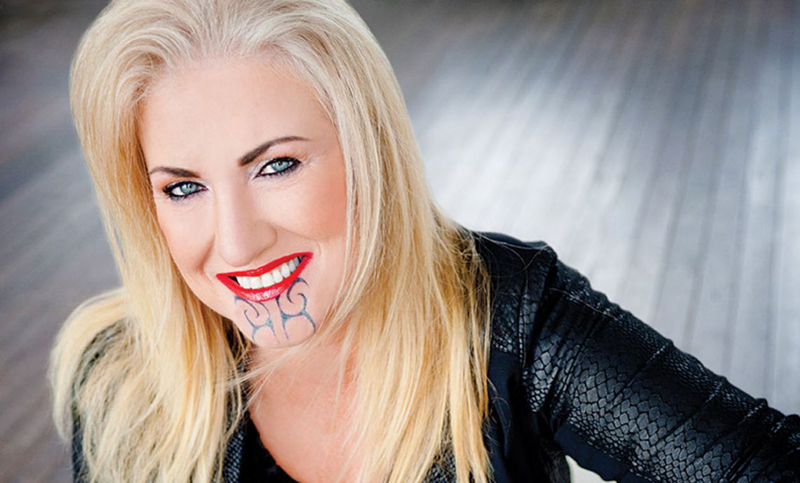