© Provided by CBS Interactive Inc. Austin Perine By Steve Hartman ,  CBS News BIRMINGHAM, Ala. He is faster than a speeding stroller, more...

He is faster than a speeding stroller, more adorable than a kitten, and able to get a stranger's attention with a single courtesy. This is America's latest superhero -- and the only superhero with the power to feed the homeless.

By day, Austin Perine is a mild-mannered 4-year-old from Birmingham, Alabama. But once a week, he turns into this alter ego: a superhero set on feeding as many homeless people as possible. He likes to go by the name "President Austin."

"That's his idea of what the president is supposed to do," said TJ Perine, Austin's father. "I was like, buddy, you have no idea, but hey, I'm going along with it."

TJ says this all began when they were watching a TV show about pandas. It showed a mama panda abandoning a baby, and TJ told his son the cub was now homeless.

Once Austin learned some people are homeless -- and some are hungry -- he launched this caped crusade. Told his mom and dad that he wanted all his allowance and money they would spend on toys to go toward chicken sandwiches instead.

After he gives out each sandwich, he gives each person a bit of advice. "Don't forget to show love," he tells them, and most do, immediately.

Raymont Baugh says this kid gives him hope. Everyone who meets Austin leaves with hope. That's why, with any luck, someday "President Austin" won't be a superhero anymore, he'll just be a president.

Learn more about Austin's mission to feed the homeless. 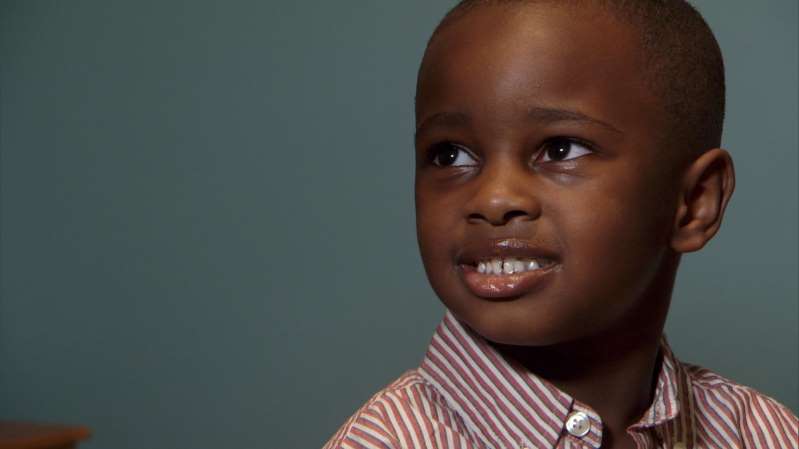 Offbeat,992,
ltr
item
Offbeat - U.S. Daily News: Why a 4-year-old is on a caped crusade to feed the homeless
Why a 4-year-old is on a caped crusade to feed the homeless
https://1.bp.blogspot.com/-MFAzn5I6Sgo/Wu6mAVJs17I/AAAAAAAAlvQ/k_G8v2GgstAEt74EUPEH_68mAPSZG2wdgCEwYBhgL/s1600/4.jpg
https://1.bp.blogspot.com/-MFAzn5I6Sgo/Wu6mAVJs17I/AAAAAAAAlvQ/k_G8v2GgstAEt74EUPEH_68mAPSZG2wdgCEwYBhgL/s72-c/4.jpg
Offbeat - U.S. Daily News
https://offbeat.dailynews.us.com/2018/05/why-4-year-old-is-on-caped-crusade-to.html
https://offbeat.dailynews.us.com/
https://offbeat.dailynews.us.com/
https://offbeat.dailynews.us.com/2018/05/why-4-year-old-is-on-caped-crusade-to.html
true
4914311829982822994
UTF-8
Loaded All Posts Not found any posts VIEW ALL Read More Reply Cancel reply Delete By Home PAGES POSTS View All RECOMMENDED FOR YOU LABEL ARCHIVE SEARCH ALL POSTS Not found any post match with your request Back Home Sunday Monday Tuesday Wednesday Thursday Friday Saturday Sun Mon Tue Wed Thu Fri Sat January February March April May June July August September October November December Jan Feb Mar Apr May Jun Jul Aug Sep Oct Nov Dec just now 1 minute ago $$1$$ minutes ago 1 hour ago $$1$$ hours ago Yesterday $$1$$ days ago $$1$$ weeks ago more than 5 weeks ago Followers Follow THIS PREMIUM CONTENT IS LOCKED STEP 1: Share to a social network STEP 2: Click the link on your social network Copy All Code Select All Code All codes were copied to your clipboard Can not copy the codes / texts, please press [CTRL]+[C] (or CMD+C with Mac) to copy Table of Content