By Madalyn Mendoza, San Antonio Express-News, mySA Forty-four years ago, a one-year-old child was brought into the United States from Mexic... 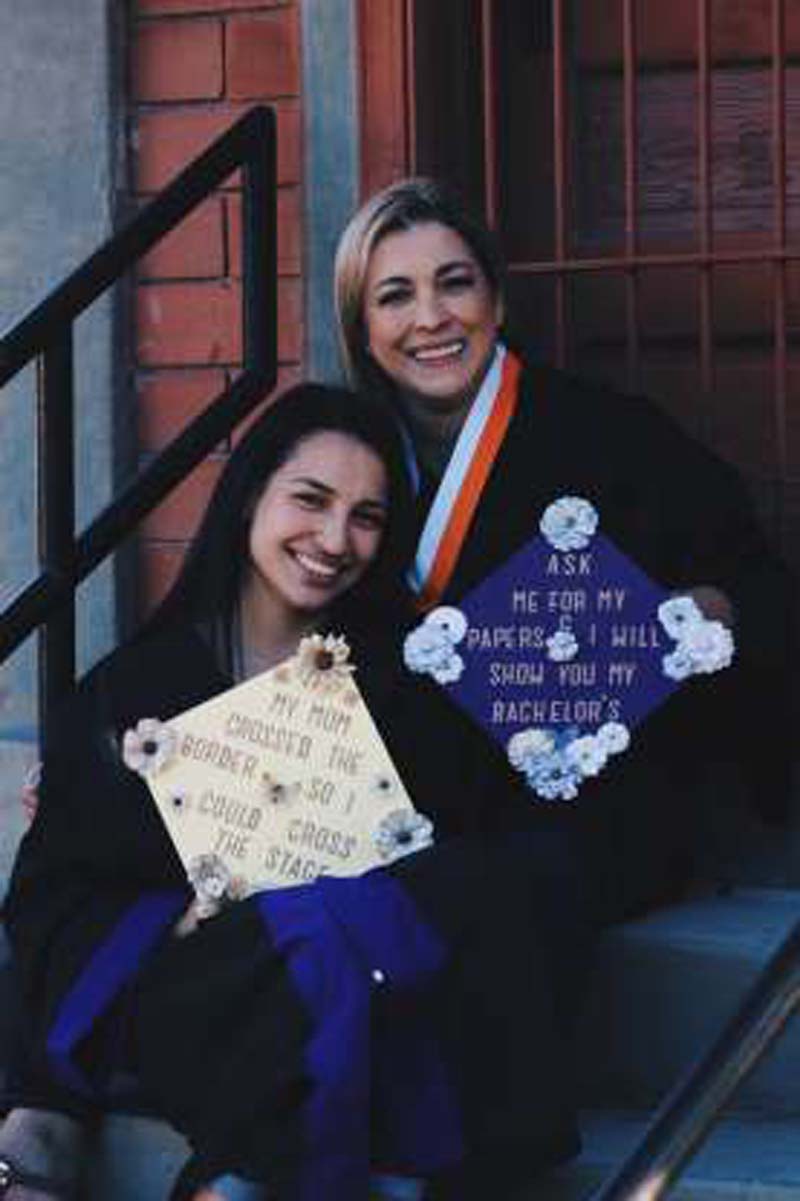 Forty-four years ago, a one-year-old child was brought into the United States from Mexico. Last weekend that child crossed a stage to earn her diploma -- with her daughter following close behind.

Lidia Balderrrama, 45, who earned her bachelor's degree from the University of Texas at El Paso, is the mother of 18-year-old Sophia Balderrama, who will graduate from Franklin High School in El Paso. Together, they are the subjects of a viral tweet inspiring thousands.

The pair told mySA.com that Lidia crossed from her native Mexico into California on her first birthday.

"I had no idea I was not a citizen until I was older and I was applying for a green card," Lidia told mySA.com. "I had no control over what happened to me as a child. I didn't choose, I didn't even know what was going on."

She graduated from high school in 1991 and started college, but never finished because she became a mom to now-22-year-old Mario Balderrama and Sophia. On May 12, Lidia earned her bachelors degree in health promotion.

To honor their accomplishments, Sophia came up with the idea to decorate their mortarboards with matching messages.

The top of her graduation cap has the words "My mom crossed the border so I could cross the stage" across it.

"Ask me for my papers and I will show you my bachelors," Lidia's reads.

The caps were a focal point for their photo shoot in downtown El Paso. The photos, taken by CJ Delgado, were included in a tweet by Sophia on May 10.

"In honor of Mexican Mother's Day, here it goes for my mom who came as an undocumented DREAMer who then became a citizen," Sophia tweeted on May 10. "I'm so proud, thank you for inspiring me no matter the obstacles."

Her mother's journey is motivating Sophia to pursue a political science degree from New Mexico State University. She hopes to become an immigration lawyer.

"I want to help people like my mom and fight for them because they don't really have a voice," she said.

Once she helps Sophia settle into her first year of college, Lidia is planning on going back to school to earn her master's degree.

In the meantime, the Balderrama family is enjoying sharing their story with the more than 40,000 people who reacted to Sophia's post. The teen said the reaction has been "really positive" though she was expecting some negative responses.

"Mexican excellence," Twitter user @imsteffrdz said. "Words can not describe how proud I am of y'all."

The family is proud that the photos are inspiring others with the same background.

"We are very much supporters of our raza and we don't want anyone to give up," Lidia said. There are no borders, no wall and there is nothing that should prevent you from reaching your goals."

"No time limit, either," Sophia added.