© Provided by CBS Interactive Inc. Strangers Join Forces to Return Dog Found 2,000 Miles Away From Rightful Owners in Arizona From Inside ...

From Inside Edition Staff

After days away from his Arizona home, Jake, a 9-year-old dog, has returned, thanks to the kindness of numerous strangers.

Jake was found alive last year, but 2,000 miles from home in Pennsylvania.

The dog’s owner was thrilled her dog was safe, but because she had recently given birth, she couldn't make the trip to pick Jake up.

After hearing the news, 20 total strangers pitched in to bring the canine home.

No one knows how Jake ended up in Pennsylvania, but there is speculation is that he may have hitched a ride on a truck.

The volunteers split up the 2,000-mile drive, averaging about 100 miles each.

Kitty Mason, who drove the last leg from New Mexico into Arizona, told Inside Edition.

She said that when the dog was in the car, he would lie down and act bored and confused, adding, "He went through a lot of changes over the three-and-a-half days he was traveling." 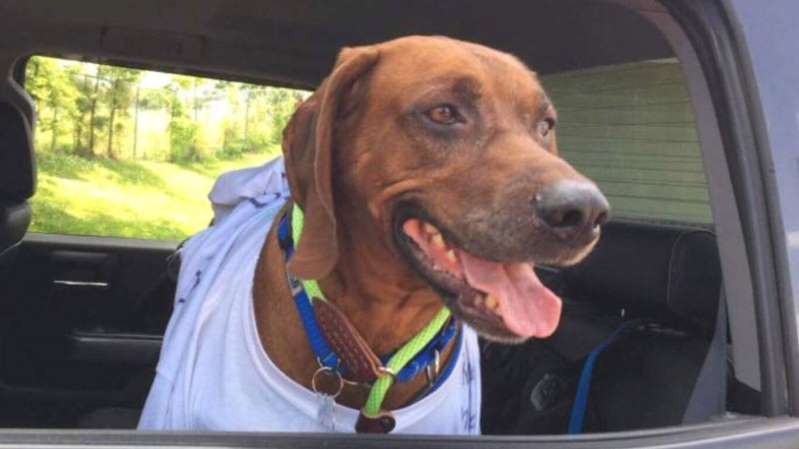